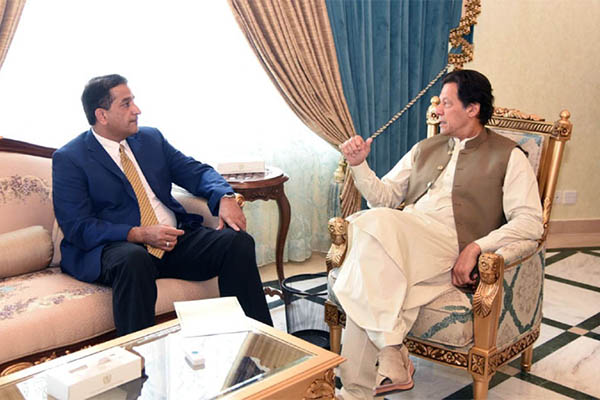 Approving a ‘Protected Area Initiative’ that would focus on establishing 12 national parks across Pakistan, Prime Minister Imran Khan on Monday claimed the plans would help generate employment opportunities in the wake of the COVID-19 pandemic.

During a meeting with Adviser to the P.M. on Climate Change Malik Amin Aslam in Islamabad, Khan said the parks would preserve and protect the country’s flora and fauna. In addition to the job creation, he said, the country’s natural resources would also be protected.

The prime minister said all provinces should be brought onboard for this plan at the highest level, adding that chief ministers should be consulted on how best to proceed.

Part of the incumbent government’s “Green Pakistan” program, the Protected Area Initiative would be formally inaugurated by the prime minister after the Ministry of Climate Change completes its consultation process with stakeholders.

According to a press release issued by Prime Minister’s Office, the meeting also discussed the Green Stimulus package approved by the Khan in April under which 65,000 youth and daily wagers who had been impacted by the economic downturn due to the coronavirus pandemic would be employed to plant trees across the country

Also on Monday, the World Bank inked an agreement with the Government of Pakistan to provide $188 million to address environmental degradation, deforestation and climate change-induced disaster risks.

Addressing the signing ceremony, Adviser to the P.M. Aslam said the incumbent government was striving to increase environmental protection through forest regeneration and biodiversity conservation programs.

World Bank Country Director to Pakistan Illango Patchamuthu hoped at the gathering that the new initiative would improve Pakistan’s climate-resilience and disaster management capabilities, and increase the bilateral relations between the Government of Pakistan and the World Bank.