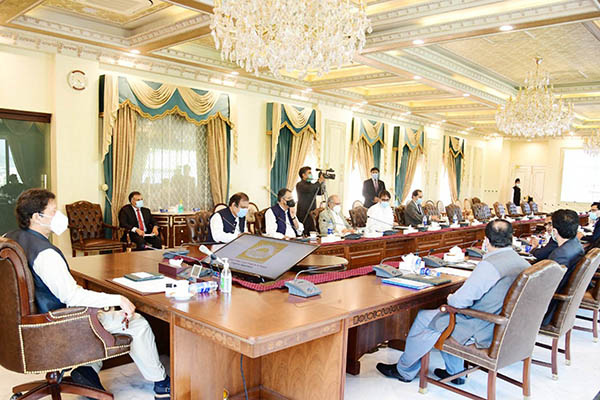 Prime Minister Imran Khan on Wednesday urged the Punjab government to improve the facilities and arrangements at existing health centers in addition to ensuring the implementation of modern standards of healthcare.

Addressing a meeting at the Prime Minister’s Office in Islamabad on upgrading Punjab’s health sector, he said special attention should be given to running any newly-established healthcare centers on modern lines. He said mother and child health centers should be prioritized, as this area was lacking in facilities.

Referring to incentives on import of machinery by the federal government, provision of abandoned properties at affordable prices for hospitals and educational institutions, the prime minister said encouragement of private-public partnership in the health sector is top priority of the government.

As is routine for the prime minister, he also lashed out at previous governments for “neglecting” the health sector in Punjab, claiming the situation was particularly dire in under-developed areas.

During the meeting, the prime minister was briefed about improvement and up-gradation of the health sector in Punjab, especially progress on projects being assisted by the federal government, and their benefits to the public.

Khan was informed that to provide quality health services, various hospitals and advanced healthcare centers, especially mother and child hospitals and nursing colleges, were being built across the province, including in Gujranwala, Lahore, Bahawalnagar, Bahawalpur, Layyah, Rajanpur, Attock, Mianwali and Chakwal at a cost of Rs. 90 billion.