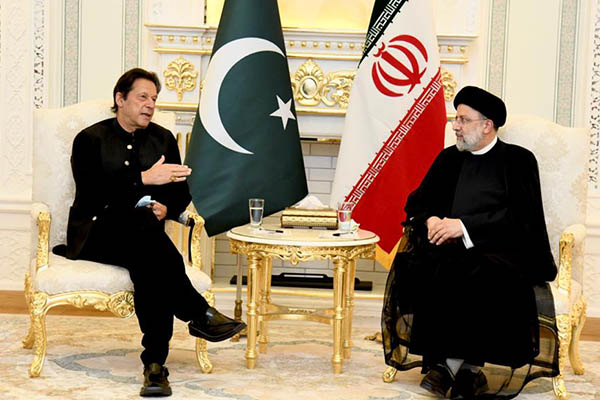 During meetings with P.M. Khan on sidelines of SCO summit, leaders stress upon importance of ensuring peace and stability in war-torn state

Several regional leaders met Prime Minister Imran Khan on the sidelines of the Shanghai Cooperation Organization (SCO) summit in Dushanbe on Thursday and agreed with his stance that Afghanistan should not be abandoned by the international community followings its takeover by the Taliban.

Khan reached Tajikistan on Thursday morning as part of a two-day visit during which he would attend the SCO summit. On the evening of his first day, he met the presidents of Belarus, Uzbekistan, Iran and Kazakhstan, with Information Minister Chaudhry Fawad Hussain saying the discussions had mostly focused on the situation in Afghanistan.

“All regional leaders agree that if a stable government in Afghanistan is to be achieved then the country should not be abandoned. It should be rather engaged. Afghans should not be left alone at this critical juncture. Efforts should continue for an inclusive government there,” Fawad said in a video statement, adding that there was consensus on this among all of Afghanistan’s neighbors, who desired stability in the war-torn state.

In his meeting with Belarus President Alexander Lukashenko, Khan expressed satisfaction at the growing bilateral cooperation between their two countries. According to a statement issued by the Prime Minister’s Office, both leaders discussed mutual efforts for strengthening Pakistan-Belarus relations and exchanged views on regional and international issues.

Khan told Lukashenko Pakistan was “committed to further enhancing its relations with Belarus across all fields of mutual interest, including trade, investment, agriculture, industry and defense.” Both leaders agreed to enhance bilateral exchanges at the highest parliamentary and political levels and also exchanged views on the situation in Afghanistan.

The prime minister reiterated that after Afghanistan, Pakistan had suffered the most due to conflict and instability in the neighboring state, adding that Islamabad had special interest in achieving a peaceful and stable Afghanistan. The international community, he said, “must stand by the Afghan people, help avert a humanitarian crisis, and take steps to stabilize the economy.” He reiterated Pakistan’s support for stabilization efforts and hoped the international community would play a positive role in this regard.

The prime minister and Kazakhstan President Kassym-Jomart Tokayev, in their meeting, exchanged views on bilateral relations and discussed key regional and international issues. “The leaders affirmed the commitment to enhance Pakistan-Kazakhstan relations in diverse fields particularly trade, investment and transportation links,” read a statement issued by the Prime Minister’s Office.

It said Khan had stressed that Islamabad wanted to upgrade its engagement with Central Asian countries through its “Vision Central Asia” policy. He also emphasized the importance of connectivity and Pakistan’s “pivotal position in providing the shortest access route to the sea.”

According to the statement, the prime minister highlighted the significance of the Trans-Afghan railway project connecting Termez-Mazar-e-Sharif-Kabul-Jalalabad-Peshawar. He also detailed his vision of socioeconomic development and shifting Pakistan’s focus from geopolitics to geo-economics.

On the Afghanistan situation, Khan reiterated the importance of peace and stability for regional prosperity. He stressed that the international community must “remain engaged to support the Afghan people, to address urgent humanitarian needs, and take steps to stabilize the economy.”

The meeting between the prime minister and Iran President Ebrahim Raisi was the first between the two since the Iranian leader assumed office last month. According to the Prime Minister’s Office, Khan appreciated Tehran’s support for Islamabad’s stance on continued engagement between Afghanistan’s neighboring countries for a coordinated approach.

Raisi, according to a statement by the Iranian presidency, said: “We should try to help Afghanistan form a government that includes all groups based on the will of the people of the country. The key to solving Afghanistan’s problems is to form an inclusive government and prevent foreign interference in the country’s affairs.”

The prime minister also met Uzbekistan President Shavkat Mirziyoyev, with a statement issued by the Uzbek Presidential Press Service saying the two leaders had discussed “the situation in the region.”