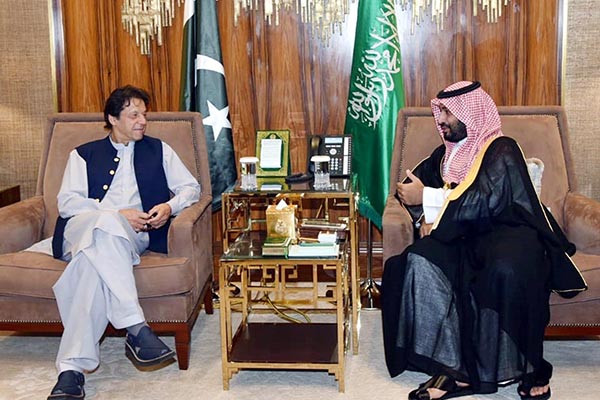 Tensions have soared in the Gulf in recent months with a series of attacks on oil infrastructure and tankers, which have raised fears of a war between the archrivals. Khan on Sunday held talks with Iran’s President Hassan Rouhani and supreme leader Ayatollah Ali Khamenei in Tehran, where he stressed the importance of avoiding such a conflict.

Saudi state news agency SPA reported on Tuesday that Khan and King Salman had discussed “latest developments at the regional and international arenas and efforts exerted towards them.” It added that he had met the kingdom’s powerful Crown Prince Mohammed bin Salman, but made no mention of Khan’s offer to facilitate talks with Iran.

Tensions in the Gulf spiked last month after the attacks on Saudi oil facilities that halved the kingdom’s crude output and set oil markets alight.

Yemen’s Iran-backed Houthi rebels claimed responsibility. But U.S. officials blamed Tehran, charging that the rebels did not have the range or sophistication to target the facilities. Tehran has denied involvement and warned of “total war” in the event of any attack on its territory.