In statement, premier urges parents to cooperate with polio teams to achieve a polio-free Pakistan 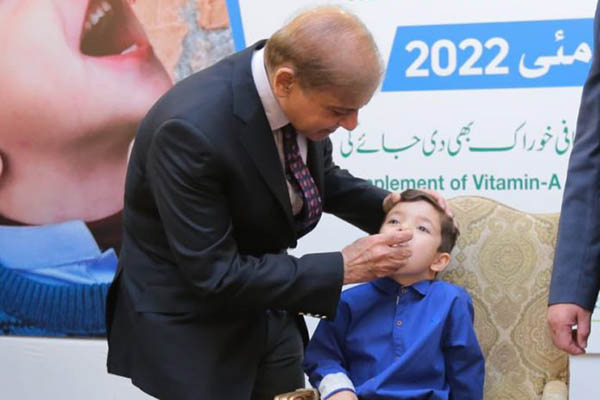 The latest campaign commenced with the prime minister personally administering polio vaccines to children under-five at the Prime Minister’s House in Islamabad. “A polio-free Pakistan is our national goal,” he wrote on Twitter subsequently. “Pakistan is one of few countries that still have polio cases, which is unfortunate. Federal and provincial governments should do their best to eradicate polio virus as a collective mission. I appeal to parents to cooperate with polio teams,” he added.

Regretting that recent rains and flooding had “virtually cut off” access to several parts of the country, he said this would make the current campaign much more challenging. “However, complacency is not an option. Grateful to our global partners, particularly the Bill & Melinda Gates Foundation, for their support,” he added.

During the event at the Prime Minister’s House, Sharif paid tribute to polio workers for continuing their work in harsh condition and the remotest areas of the country. He also stressed on maintaining the momentum against polio, hoping that in doing so, Pakistan would be able to achieve its goal of polio eradication.