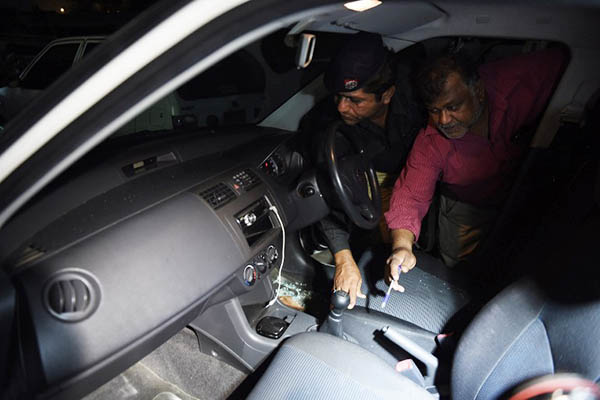 Prime Minister Nawaz Sharif has ordered an investigation into the killing of prominent rights activist Sabeen Mahmud, who was shot dead minutes after she hosted a seminar on abuses in Balochistan province.

Police said Mahmud, who ran The Second Floor, a café in Karachi that organizes debates and art events, was killed late Friday when gunmen attacked her car as she departed with her mother from the venue in the Defence neighborhood. Mahmud was hit by five bullets and died at the scene, police said. Her mother was wounded.

Mama Abdul Qadeer, a prominent Baloch rights activist and a speaker at the seminar, claimed Mahmud had received threats before the event. “The program organizers were already receiving threats… it is very difficult to talk about Balochistan in Pakistan,” he said on Saturday.

Police initially said it appeared to be “a result of personal enmity” but launched a probe after Sharif ordered an investigation into her killing. “A team of three senior police officers headed by the deputy inspector general of police will probe the killing,” said Atique Ahmed Shaikh, a spokesman for Karachi police.

Tariq Dharajo, another senior police official, said no one had yet been arrested and police were investigating the case from different angles.

Mahmud had on Friday hosted a seminar about rights abuses in Balochistan, featuring two prominent Baloch rights activists, Qadeer and Farzana Baloch, among other speakers.

Qadeer said he received death threats because of speaking against human rights violations in Baluchistan. “I am constantly receiving threats from unknown telephone numbers. The situation is becoming worse. Now the agencies are meeting me directly and asking me to stop all this practice,” said Qadeer. “When you talk about the human rights you are considered as a traitor,” he added.

In March, Qadeer was stopped from attending a conference in the United States to speak on the rights situation in his province. Human rights groups have long accused Pakistani security forces and intelligence agencies of serious abuses in Balochistan, which has been wracked for years by a separatist insurgency. The security services deny the allegations and say they are battling a fierce rebellion in the province.

The military also condemned Mahmud’s killing in a message posted on Twitter by spokesman Maj. Gen. Asim Bajwa. “We condemn the tragic & unfortunate killing of Ms. Sabeen Mahmud. Our heart goes out to bereaved family at this sad moment,” he wrote on the micro-blogging platform. Intelligence agencies have been ordered to assist investigating agencies in apprehending the perpetrators, he added.