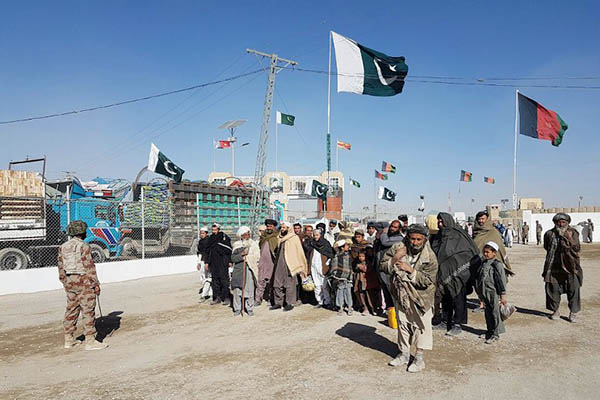 Statement says border should be reopened ‘immediately’ due to centuries-old religious, cultural and historic links between nations.

Pakistan on Monday ordered the border with Afghanistan to be reopened “immediately,” a month after it was closed amid soaring tensions as Islamabad and Kabul accused one another of providing safe haven for militants.

Prime Minister Nawaz Sharif ordered the two main crossings on the long, porous border be reopened as a gesture of “goodwill,” a statement from his office said.

The crossings—Torkham at the famed Khyber Pass, and Chaman in Balochistan province—were closed last month after a wave of militant violence killed 130 people across Pakistan. The attacks, most of which were claimed by the Islamic State group or the Pakistani Taliban, dented optimism after the country appeared to be making strong gains in its decade-and-a-half long war on militancy.

Pakistan’s military as well as the civilian government swiftly pointed fingers at Afghanistan, blaming Kabul for harboring those behind the attacks. Afghanistan has long accused Pakistan of providing safe haven to the Afghan Taliban, and the claim sparked a diplomatic furor as both countries traded allegations.

The statement from Sharif’s office called for the border to be reopened “despite” the accusations, citing “centuries-old” religious, cultural and historic links. “We hope that Afghan government will take all necessary actions to end the reasons for which this step was taken,” Sharif said, adding that lasting peace in Afghanistan was essential to Pakistan’s security.

The two nations are divided by the “Durand Line,” a 2,400-kilometer frontier drawn by the British in 1896 and disputed by Kabul, which does not officially recognize it as an international border. Tensions along the frontier have been simmering for months, after hundreds of thousands of Afghan refugees in Pakistan were repatriated last year, with Human Rights Watch accusing Islamabad of coercion, threats and abuse.

Pakistani attempts to control the previously open border and implement customs duties have also sparked complaints from traders used to crossing with impunity. The Pakistani government estimates that undocumented trade on the border exceeds $2.5 billion annually. Torkham and Chaman were briefly opened on March 7-8 by Pakistan to allow Pakistani and Afghan citizens who had valid travel documents to return home.