Addressing inauguration of Indus Hospital in Lahore, premier says education, health, industrial sectors should not be affected by change in government 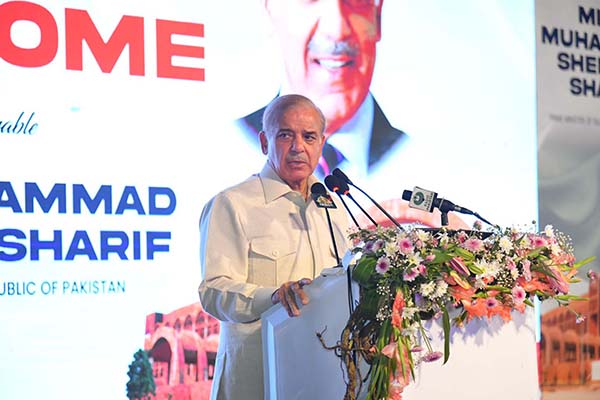 Prime Minister Shehbaz Sharif on Sunday proposed a grand dialogue between all stakeholders of Pakistan, stressing that “personal likes and dislikes” must be set aside to work toward the progress and prosperity of the country.

“We will have to hold a grand dialogue with all stakeholders of the country if we want Pakistan to progress,” he told an inauguration ceremony of the Indus Hospital in Lahore, adding that the primary goal of any dialogue should be long-term, fixed goals for the education, health and industries sectors. “A change in government shouldn’t matter and no one should target these areas [for policy change] to ensure the country keeps progressing,” he said.

According to the prime minister, investment in certain sectors of the economy, such as information technology and industrialization, could help the country prosper. “Nations are not formed on the basis of the construction of magnificent buildings, but rather hard work, integrity and sacrifices coupled with the use of latest knowledge and technology,” he said.

Referring to the global economic meltdown, Sharif said the government had increased prices of petroleum products with a “heavy heart,” and reiterated claims that the previous government’s freezing of fuel prices from March had been a “plot” to distract the public from the hardships they had faced during its tenure. Stressing that the coalition government was endeavoring to provide relief to the impoverished, he reiterated that financial relief was being provided to over 70 million of the population.

On loadshedding, the prime minister said he had chaired an emergency meeting and directed authorities to develop a mechanism to decrease it. No one should experience loadshedding over two hours, he said, adding that the government was considering various austerity measures to tackle the economic challenges facing the country.

Acknowledging public criticism of his government in the current crises, Sharif said he was ready to be held accountable for his two-and-a-half months in power, but questioned if the leaders who had ruled the country the last three-and-a-half years were willing to do the same.

Earlier, while inaugurating the first phase of the 600-bed Indus Hospital, which aims to provide free medical treatment to the impoverished, the prime minister said it was a source of pride for him. “People who launch such projects for the poor are earning the blessings of this world and the hereafter,” he said.

Recalling the establishment and completion of the Pakistan Kidney and Liver Institute (PKLI) for Rs. 20 billion during the previous tenure of the PMLN, he regretted that PKLI Chairman Dr. Saeed Akhtar had been disrespected and pushed out of the hospital after the government changed. He lamented that a world-class hospital for liver and kidney transplants with internationally trained staff had fallen prey to politics, adding that welfare work shouldn’t be politicized.

The PTI, which was ousted from power in April, rejected the prime minister’s offer of a “grand dialogue” between all stakeholders of the country. In a statement, PTI Information Secretary Farrukh Habib claimed the grand dialogue was only being offered by the incumbent government to hide its governance failures. “Those who served as a curse to the poor people have laid the foundation of political and economic chaos in the country,” he claimed.