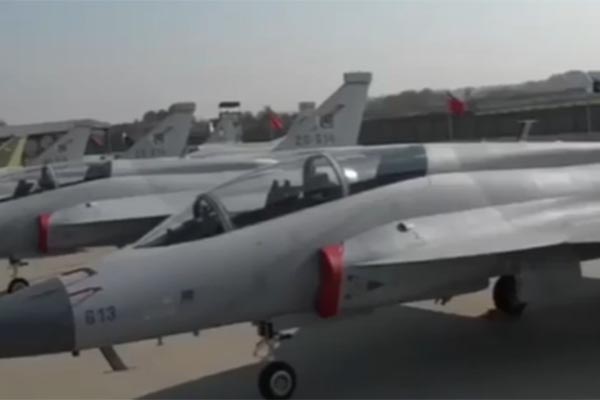 The Pakistan Air Force (PAF) on Wednesday formally announced the serial production of the indigenously developed fourth generation JF-17 Thunder Block-III—dual-carrier fighter jets equipped with a long-range radar system and advanced firing capability that is said to be a step above the Indian Air Force’s Rafael jets.

Chief of the Air Staff Air Chief Marshal Mujahid Anwar Khan told a ceremony at the Pakistan Aeronautical Complex (PAC) that the aircraft’s inclusion to the national fleet was a “significant” milestone, and hailed the JF-17 Thunder as a battle-tested aircraft. He specifically cited the aircraft’s use in Operation Swift Retort after the Indian Air Force violated Pakistan’s territorial integrity on Feb. 27, 2019.

During the ceremony, which included the handover of 14 JF-17B Thunder Block II to the air force, the PAF chief hailed the timely completion of the project by the Aircraft Manufacturing Factory during the challenging times of the coronavirus pandemic. “I would like to commend the entire team and PAC leadership, including PAC chairman and AMF managing director, for their concerted efforts to meet the project deadlines,” he said, and termed the PAC the “backbone” of PAF’s operational readiness. He said it had displayed its capabilities to meet all challenges with limited resources at optimum levels.

Khan also thanked the Ministry of Defense Production and the Chinese aviation industry for their continuous support, adding that the JF-17B and Block-III jets would play an important role in achieving Pakistan’s geostrategic interests. He said the project’s completion would not have been possible without the assistance of Chinese experts, and hailed it as further cementing the longstanding Pak-China friendship and the two nations’ bilateral defense ties.

He said PAF had demonstrated its capabilities at all junctures, and was always ready to thwart any aggression of the enemy with a crushing response. The air marshal also acknowledged the role of media in highlighting Pak-China friendship and the neighboring nations’ collaboration under the China-Pakistan Economic Corridor. He called for greater efforts to promote Pak-China ties positively.

Addressing the ceremony, PAC Chairman Air Marshal Syed Nauman Ali highlighted that the JF-17 Thunder would be the shining symbol of cooperation between Pakistan and China.

Chinese Ambassador Nong Rong also attended the ceremony and said the PAC’s acquisition of the capacity to build JF-17B Thunder Block-III aircraft proved the strength of the Pak-China friendship. “Pakistan has become self-sufficient in developing JF-17 Thunder and an advance fighter aircraft-producing country. JF-17 Thunder has finally become the backbone of Pakistan’s defense,” he said, adding that he hoped this would further strengthen defense ties between the two countries.