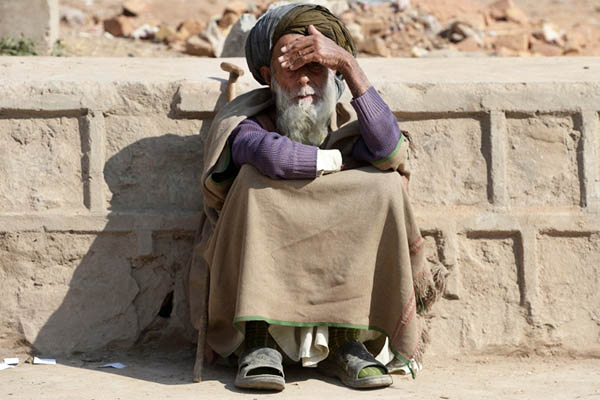 Police say illegal refugees will be deported as part of National Action Plan.

Pakistan-administered Kashmir is set to expel some 11,000 illegal Afghan refugees under a national anti-terror plan announced in the wake of the country’s worst-ever militant attack, police said Thursday.

There are an estimated three million Afghan refugees living in Pakistan, either officially or unofficially, most of whom left their country to escape conflict in the 1980s and 1990s. But they are viewed with deep suspicion inside Pakistan and routinely accused by authorities of harboring militants.

“Under the National Action Plan against terrorism, some 11,000 Afghans would be expelled from Azad Kashmir,” senior police official Faheem Abbasi told a press conference in Muzaffarabad, the capital of Pakistan-administered Kashmir.

The plan, which involved the outlawing of militant groups, registration of madrassas and crackdown on hate speech, was announced in the wake of a Taliban massacre that killed 154 people, mostly schoolchildren, in December.

Pakistan also lifted a six-year moratorium on the death penalty and announced the establishment of military courts in the case of terror offences.

Twelve suspects have so far been arrested over the school attack in Peshawar, most of them Pakistani nationals, according to the Army. But the killings have hardened prejudices toward Afghan refugees, with more than 30,000 leaving Pakistan between January and the first week of February, according to figures released by the International Organization for Migration.

Pakistan plans to register the 1.4 million Afghan refugees currently living in the country illegally over the next four months, with a view to eventually repatriating them.

Abbasi said the home department was also set to outlaw 64 militant outfits in Kashmir that are also banned in the rest of Pakistan, and create a new anti-terror force comprising 500 personnel.

Pakistan has banned several dozen militant organizations on paper but many of them, particularly anti-India and sectarian groups, continue to operate with relative impunity.

Kashmir has been divided between India and Pakistan since the two countries won independence from Britain in 1947. Both claim the territory in its entirety. Several rebel groups have been fighting Indian forces since 1989 for independence or a merger with Pakistan. The fighting has killed tens of thousands, mostly civilians. Violence in the region has steadily declined during the last decade but armed encounters between rebels and government forces occur regularly.