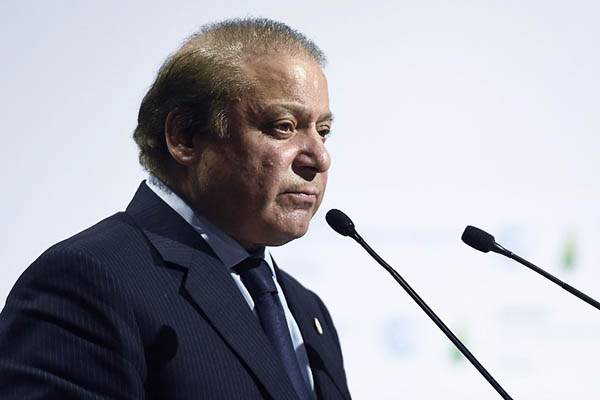 Afghan President Ashraf Ghani voiced a willingness to revive stalled peace talks with the Taliban on Tuesday, but warned that Pakistan must earn Kabul’s trust if Islamabad wishes to play the role of mediator.

The two leaders agreed to work together to bring Taliban insurgents to the negotiating table after meeting on Monday on the sidelines of a climate change conference in Paris, officials said. The meeting came amid heightened tension over Kabul’s accusations that Islamabad has historically aided the Taliban, most recently in the northern city of Kunduz, briefly captured by the militants in September as part of a nationwide surge in attacks.

“Pakistan can be a broker. The trust needs to be earned,” Ghani told France 24 television news channel in an interview broadcast on Tuesday.

Pakistan, which allegedly wields considerable influence over the militants, hosted a milestone first round of peace negotiations in July. But the talks soon stalled when the Taliban belatedly confirmed the death of their longtime leader Mullah Omar. The United States and China have been pushing for the process to restart, but frosty ties between Islamabad and Kabul have hampered those efforts.

“There is no such thing as the Taliban after the death of Mullah Omar,” Ghani said. “There are groups of Taliban and we will engage in talking with some of them.”

A breakaway faction of the Taliban recently emerged posing a new challenge to peace talks. Taliban sources told AFP recently that the militants expect the talks to restart “very soon,” possibly in the coming weeks, saying that Pakistan had been newly convinced that peace was in its best interests as it works with China to build a special economic corridor through the country.

Sharif also issued a statement Tuesday avowing Pakistan’s close ties with its war-torn neighbor. “Pakistan does not believe in any blame game, and instead would like to make renewed efforts to resurrect the peace and reconciliation process,” he said, adding that it would have to be an Afghan-led process.

The prime minister said he looked forward to a visit by Ghani to Islamabad in December, though Ghani was more cagey in the France 24 interview, saying only that he was “considering” the trip.

Hopes for better ties were high after Ghani’s election last year. But they have since plummeted, with Kabul blaming Islamabad for a surge in Taliban violence in 2015. The Pakistani statement said Monday’s talks were held “in an atmosphere of warmth and cordiality.”

Sharif also met his Indian counterpart Narendra Modi at the conference, the government said in a statement issued in Paris late Monday. “The Indian prime minister approached premier Nawaz Sharif and had a brief meeting with him,” the statement said, adding that the leaders seemed “friendly” and parted with a “warm handshake.”

India and Pakistan have been rivals since gaining independence from Britain in 1947 and have fought three wars against each other. Speaking at the U.N. General Assembly last week, Sharif outlined a four-point initiative to ease tensions between the two nuclear-armed countries.