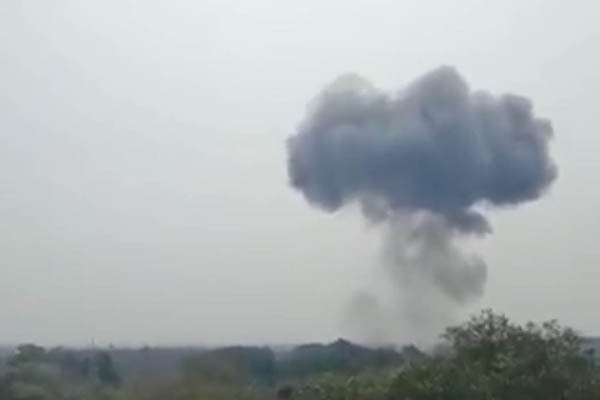 Board of inquiry formed to probe cause of accident, as spokesperson announces pilot Wing Commander Noman Akram has perished in crash

A Pakistan Air Force F-16 jet crashed in Islamabad on Wednesday while it was rehearsing for the March 23 parade, announced a spokesperson for the PAF.

The spokesperson said rescue teams had been dispatched to the site of the crash, adding that initial reports had found that Wing Commander Noman Akram had embraced martyrdom in the accident.

A board of inquiry has been ordered by Air Headquarters to determine the cause of the accident, read a statement issued by the PAF after the crash. “Pakistan Air Force reports with regret that a PAF F-16 aircraft crashed near Shakarparian, Islamabad during the rehearsals of March 23 parade,” it added. March 23 is commemorated as Pakistan Day, and is usually accompanied by a military parade to pay tribute to the country’s armed forces.

Earlier, in January, two PAF pilots perished after a training aircraft crashed near the M. M. Alam Base in Mianwali. According to an Air Force spokesperson, the PAF FT-7 aircraft was also “on a routine operational training mission” when it crashed.