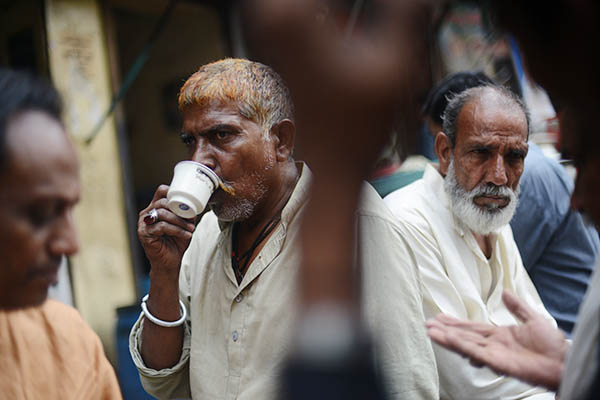 Afghanistan and Pakistan are among the worst places to grow old, according to a U.N.-backed study released on Tuesday, which warns that many countries are not prepared to deal with the old age time bomb.

In a rapidly greying world, the Global AgeWatch Index—the first of its kind—found that many African and South Asian countries are the worst places to be retired, with Tanzania, Pakistan and Afghanistan rounding out the bottom three.

Compiled by the HelpAge International advocacy group and the U.N. Population Fund in a bid to provide much-needed data on ageing populations worldwide, the study found that Sweden, known for its generous welfare state, followed by Norway and Germany were best equipped to deal with the challenges of an ageing population.

How countries care for their senior citizens will become increasingly important as the number of people over the age of 60 is set to soar from some 809 million today to more than two billion by 2050—when they will account for more than one in five people on the planet, the report said.

“The 21st century is seeing an unprecedented global demographic transition, with population ageing at its heart,” the authors of the study said.

The study ranked the social and economic wellbeing of the elderly in 91 countries, by comparing data from the World Health Organization and other global agencies on older people’s incomes, health, education, employment and their environments.

While the world’s richest countries—including Western European nations, the U.S. and Japan—predictably ranked highly, the report somewhat surprisingly found that a number of lower-income countries had put in place policies that significantly improved the quality of life for their elderly.

Bolivia, which offers free healthcare to its older citizens despite being one of the poorest surveyed countries, and Sri Lanka, with its long-term investments in health and education, were among those singled out for praise.

HelpAge’s chief executive Silvia Stefanoni said a lack of urgency in the debate about older people’s wellbeing “is one of the biggest obstacles to meeting the needs of the world’s ageing population.”

“By giving us a better understanding of the quality of life of women and men as they age, this new index can help us focus our attention on where things are going well and where we have to make improvements,” she said in a statement.

The study also noted that some of the top-ranking countries had introduced successful policies to care for the elderly at a time when they were still emerging economies. Sweden for instance put in place its universal pension system a century ago, while Norway introduced its system in 1937, it said.

“Limited resources need not be a barrier to countries providing for their older citizens,” the report said.

The emerging economies of Brazil and China ranked 31st and 35th in the survey, while South Africa, India and Russia came in much lower at 65, 73 and 78 respectively.

On a positive note, the survey found that some countries and regions that were ageing the fastest were already preparing for the democratic shift.

Latin American countries, which face a doubling of their elderly populations by 2050, are well represented among the top 30, the index showed, with Chile and Uruguay in 19th and 23rd place. But some eastern European countries still have much work to do, it showed, with Moldova ranking 76th and Montenegro at 83rd place.