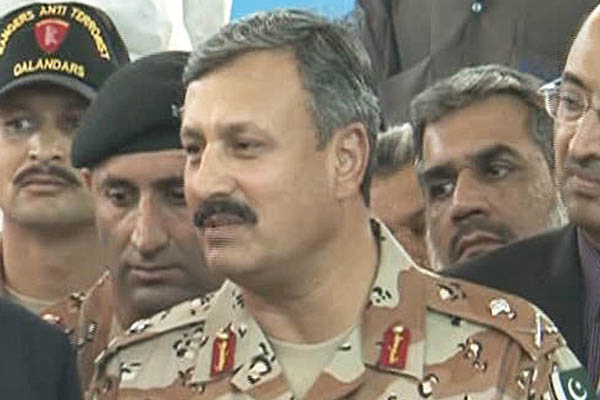 Pakistan on Monday named a new head of its main intelligence agency, considered the second most powerful official in the military after the Army chief.

The naming of Rizwan Akhtar as director general of the Inter-Services Intelligence (ISI) agency comes as a protest movement to topple the government of Prime Minister Nawaz Sharif enters its second month. His appointment will be closely scrutinized for any clues over how it may affect the current impasse and civil-military relations, in a country where the security establishment has traditionally wielded heavy political influence.

Army spokesman Maj. Gen. Asim Bajwa announced the new appointment in a tweet, along with the promotions of other senior Army officers. The current ISI chief Zaheer-ul-Islam is due to retire on Oct. 1. The final decision on appointing the chief rests with the prime minister, who was presented with a list of names to choose from. An Army statement said Akhtar would formally take the role on Nov. 8.

He joined the Army in 1982, and is a graduate of Quetta’s Command and Staff College and the National Defense University in Islamabad. He also undertook a course in the United States, the statement said. Akhtar, who was also promoted from major general to lieutenant general, previously headed the paramilitary Rangers force in Sindh, where he oversaw a major operation against criminal syndicates and Taliban militants in the city of Karachi that began last year. The operation has reduced crime levels but was criticized by human rights activists over allegations of extra-judicial killings and torture.

From 2007-2010, Akhtar was posted in South Waziristan along the Afghan border, a refuge for militant groups including the Pakistani Taliban.

The official added that Akhtar’s previous post in Karachi made him the most suitable for the job. “He had been working in Karachi as Director General of the Rangers where he had to deal with Al Qaeda, the Tehreek-e-Taliban Pakistan and other elements. He is also used to working closely with civilian authorities which other candidates may not have been,” the official said.

In addition to Akhtar, Ghayyur Mehmood, Hidayat ur Rehman, Hilal Hussain, Navid Mukhtar, and Nazir Butt have also been promoted to the lieutenant general rank.