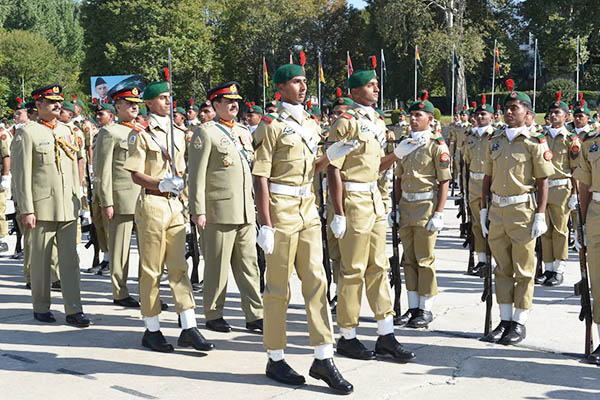 Gen. Raheel Sharif says lasting peace in the region can be achieved only after the Kashmir issue is resolved.

Pakistan’s Army chief vowed on Saturday to thwart any “aggression” against the country, in a thinly-veiled warning to India after a spate of deadly cross-border firing incidents in the disputed Kashmir region.

At least 20 civilians have been killed and thousands on both sides of the de facto border have fled their homes since Oct. 6, which marked the beginning of some of the worst frontier shelling in years. “Sentiments of goodwill and amity notwithstanding, let there be no doubt that any aggression against our beloved country will get a befitting response and no sacrifice will be too great in this sacred cause,” said Army chief Gen. Raheel Sharif, in an apparent swipe at India.

The neighbors, who have fought two wars over Kashmir, have traded blame for the recent violence in the disputed Himalayan region. “We persistently seek peace in the region and beyond,” Sharif said while addressing a parade at a military academy near Islamabad. But “lasting peace in the region will only come about with the fair and just resolution of Kashmir issue,” he added.

Pakistan’s military on Tuesday said it had voiced concern to India at continued firing across the Kashmir frontier and in Punjab province when senior officials from both sides spoke via a special hotline. Clashes occur regularly along the disputed border known as Line of Control (LoC) as well as along the frontier dividing Indian-administered Kashmir from Pakistan’s Punjab province.

Kashmir has been a sore point in India-Pakistan relations ever since independence from Britain in 1947, with each country controlling part of the scenic mountain territory but claiming all of it.