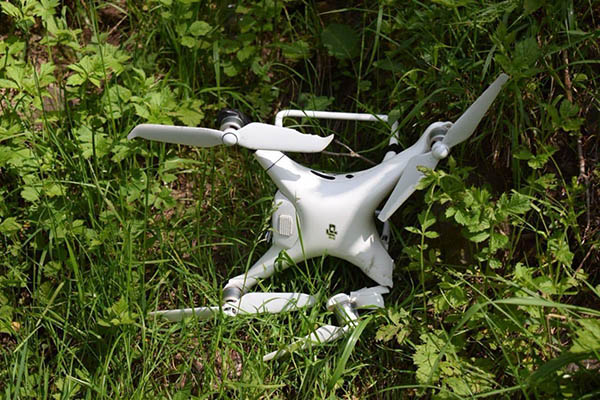 Less than a week ago, Indian forces had claimed to detain a Pakistani ‘spy’ pigeon near Sialkot

Troops of the Pakistan Army have shot down an Indian spy drone close to the Line of Control dividing Jammu and Kashmir between Pakistan and India, the Inter-Services Public Relations (ISPR) said on Wednesday.

In a posting on Twitter, the military’s media arm claimed the Indian quadcopter had ben shot down in the Rakhchikri sector along the LoC.

“The quadcopter had intruded 650 meters on Pakistan’s side of the LoC,” the ISPR said.

Last month, the Army had claimed to similarly shoot down an Indian quadcopter in Pakistan’s airspace over Sankh district.

Reportedly, the Indian military uses quadcopters to obtain aerial photos of Pakistani posts along the LoC as part of intelligence-gathering operations and target selection. This information, claim military experts, is then used to conduct shelling across the Line of Control.

The latest Indian spying attempt comes less than a week after Indian forces “detained” a pigeon on allegations of spying. The pigeon allegedly set off from Narowal on Eid and strayed into Indian territory, according to its owner, Narowal resident Habibullah. He had urged Indian authorities to return his property to him, adding that the “mysterious” numbers on a ring attached to the bird’s foot were his phone number.

This is not the first time that a pigeon has been labeled a “spy” and detained by India. In 2015, Indian forces intercepted a pigeon in Manwal village and accused Pakistani forces of using it to spy on them.