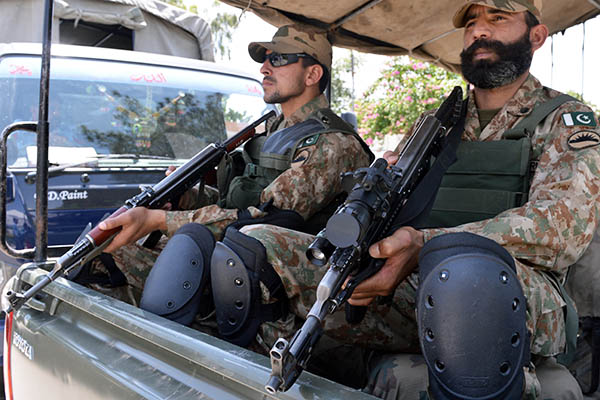 The Pakistan Army will be deployed in various parts of the country’s capital at the request of the district government, a government official said on Saturday.

“In order to assist the rapid response force (RRF), two companies of the Pakistan Army will be deployed from tomorrow [June 15] in different areas of Islamabad,” said the official, who spoke on condition of anonymity, as he is not authorized to speak to media. “The district administration requested the military provide extra security because Islamabad has been on high alert since the attack on the Karachi Airport,” he added.

On Thursday, National Assembly Speaker Ayaz Sadiq informed lawmakers that Parliament was the ‘most wanted’ target for terrorists. The statement was met with criticism from the opposition.

Khursheed Shah, the leader of the opposition in the National Assembly, told Newsweek the speaker’s claim was unnecessary and would merely spread panic. “There was no need to share a statement that can worry the people of Pakistan,” said Shah.

The Tehreek-e-Taliban Pakistan, which claimed responsibility for the attack on the Karachi airport, has announced that it will attack sensitive government installations following the collapse of peace talks.

According to security analysts, the threat is likely to increase with last week’s drone strike and the Pakistan military’s shelling of suspected militant hideouts in North Waziristan.

May God bless our officers and men. We, the Pakistani nation are behind you and are all proud of your selfless sacrifices and service to our Country. We pray the Almighty keeps you in His safety and grants you quick victory over the TTP ameen.