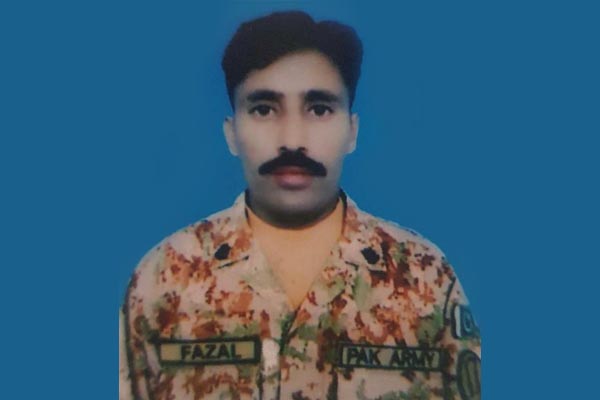 A 35-year-old soldier was martyred on Wednesday after Indian troops initiated a ceasefire violation in the Khuiratta sector along the Line of Control (LoC), according to a statement issued by the Inter-Services Public Relations (ISPR).

“Pakistan Army troops responded befittingly,” read the statement, adding that there were reports of “heavy losses” to both Indian troops and material. “During an intense exchange of fire, a valiant soldier, Sepoy Fazal Elahi, age 35 years, embraced shahadat,” it added.

Also on Wednesday, said the military’s media wing, Indian troops resorted to unprovoked fire in the Kotkotera sector, “deliberately targeting the civilian population.” It said that the indiscriminate fire in the sector’s Phalni Bazaar had resulted in a 34-year-old man being critically injured. “Pakistan Army responded effectively and targeted those Indian posts which initiated fire,” read the statement.

Overall, said ISPR, 16 Indian quadcopters have been shot down by the Pakistan Army during 2020.

Earlier this month, Pakistan warned that it had intelligence reports of India planning a “false flag” operation against it in a bid to divert global attention from its domestic problems. Foreign Minister Shah Mehmood Qureshi urged the global community to encourage restraint, warning that Pakistan would “effectively” respond to any military misadventure from India.