Pakistan Army Will Live Up to Nation’s Expectations: Gen. Bajwa 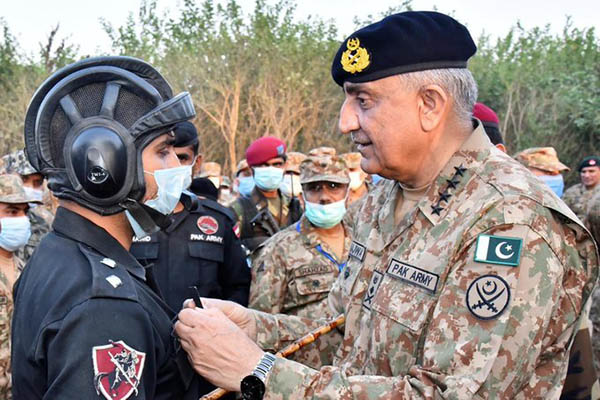 The Pakistan Army will always live up to the expectations of “our great nation in defense of motherland,” Chief of the Army Staff Gen. Qamar Javed Bajwa said on Thursday.

During a visit to Gujranwala and Marala, according to a statement issued by the Inter-Services Public Relations, the Army chief appreciated the battle-preparedness of the troops and the “impressive training standards achieved by the formation.” He stressed that training was a “hallmark of professional competence,” and played a vital role in enhancing combat-readiness to withstand the rigors of battle.

During his visit, the Army chief was briefed on operational, training and administrative matters of the Corps. He also visited field training events near Gujranwala and Marala Headworks, and witnessed troops honing battle drills, read the ISPR statement.

The Chief of the Army Staff also visited the CMH Gujranwala, where he was updated on various projects that had been upgraded for the benefit of patients. He also lauded the efforts of Army Medical Corps in containing COVID-19 and saving valuable lives.