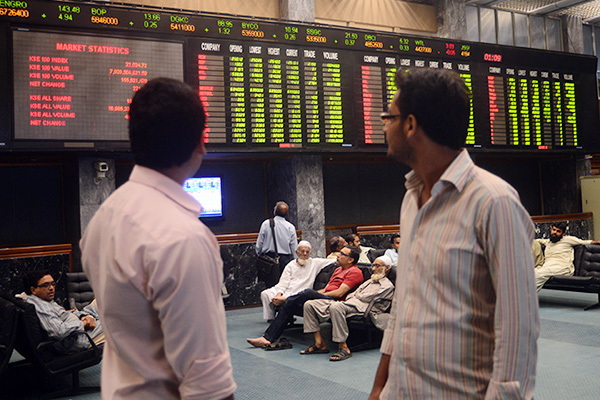 Pakistan on Thursday asked the International Monetary Fund for a $5.3 billion, three-year loan to boost growth in a bid to rebuild foreign exchange reserves, resolve an energy crisis, and boost a sliding currency.

Pakistan had long been expected to seek a fresh bailout package from the IMF after it abandoned a $11.3 billion loan program in 2011 because the previous government refused to carry out strict financial reforms. That package had been agreed in November 2008 to stave off a balance-of-payments crisis just months after the 2008 elections.

Finance Minister Ishaq Dar said there was no option but requesting the loan to save Pakistan from defaulting. “We have not carried the begging bowl in our hands nor are we getting a grant, Pakistan is a member of IMF,” Dar said. “The government of Pakistan and the International Monetary Fund have reached an agreement for a three-year program of at least $5.3 billion under an extended fund facility.”

IMF Pakistan Mission Chief Jeffrey Franks said the loan was subject to further approval within the IMF and would then go to the executive board in early September. The interest rate would be set at three percent and the loan would be payable over a longer period than conventional standby arrangements, he added.

Franks said the aim was to bring down the fiscal deficit—which neared nine percent last year—to a more sustainable level and reform the energy sector to help resolve severe power cuts that have sapped growth potential. He added an agreement with the State Bank of Pakistan was also designed to help rebuild forex reserves and keep inflation at acceptable levels.

As part of the loan agreement, Franks added, the Pakistani government has developed plans to improve tax collection and eliminate tax loopholes and exemptions. It also had a program to restructure and even privatize public sector enterprises, which would generate significant revenues.

“The overall focus on this program is to boost economic growth so we can have a better future for all Pakistanis,” he said. “There will be some difficult decisions … but these will be necessary decisions to make sure that the economy is stable going forward.”

Ofcourse there is no option.However, we are gold lacing the beggar’s bowl to call it an agreement amogst members.IMF never offers loans without stringent conditions.There is always the proverbial pound of flesh to pay.More taxes in the name of tax reforms, increase in the tariffs, higher cost of living.As always no big cuts in govt spendings, no real reforms as taxing the rich.The people will be told to gird up their loins for the hard times and the loan will be absorbed into the system .Every Pakistani will be further burdened with his share of the loan which he didnt ask for.

All politicians are same.

I completely agree. Dar is behaving more like a politician than economist. He focuses more on convoluted rhetoric than laying down a roadmap of how, and to where, he wants to steer the economy. All he is heard saying to the IMF is, “it’s the public”, and to the public is, “it’s the IMF!”.
I would not be amazed if in a few years from now, he apologetically echoes PPP, shifting the blame to the ‘circumstances’ his government inherited.