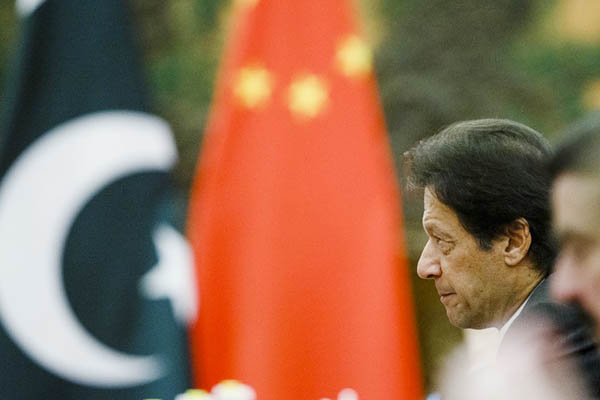 Prime minister says he has come to China to ‘learn’ from its experiences in overcoming poverty, corruption

Pakistan’s financial woes have dragged the country down to a “low point,” its prime minister told Chinese President Xi Jinping on Friday, as he seeks funds from Beijing to stave off a fiscal crisis.

Before traveling to China—one of Pakistan’s firmest allies—Imran Khan said that he was striving to obtain financial aid from two unnamed countries after Pakistan secured $6 billion in funding from Saudi Arabia. His government has also entered talks with the International Monetary Fund over a potential bailout as it grapples with a balance of payment crisis and current account deficit.

Greeted by Xi at the Great Hall of the People in Beijing, Khan said he had come to “learn” from China’s experiences in combatting poverty and corruption. “Unfortunately we have inherited a very difficult economic situation,” Khan said. “Countries go in cycles. They have their high points, they have their low points. Unfortunately our country is going through a low point at the moment,” he said.

Xi said he attached “great importance to China-Pakistan relations” and was “willing to work together with the prime minister to strengthen China-Pakistan’s all-weather strategic partnership and build a new era of China-Pakistan destiny.”

But neither leader announced any deals. Khan will meet with Chinese Premier Li Keqiang on Saturday and will attend a massive import expo hosted by Xi in Shanghai next week.

The two countries are building the China-Pakistan Economic Corridor (CPEC), a multi-billion-dollar project at the heart of Xi’s Belt and Road Initiative, an ambitious trade infrastructure program spanning the globe. The corridor aims to increase energy and transport links between the western Chinese region of Xinjiang with the Arabian Sea via Pakistan.

However, given Pakistan’s deteriorating finances, in recent months there have been concerns that portions of the agreement may have to be scaled down.

Analysts said Khan would push for financial assistance from Beijing, an important creditor of Pakistan, during the visit.

Since taking power in August, Khan has sought loans from “friendly” countries like Saudi Arabia, vowed to recover funds stolen by corrupt officials, and embarked on a series of populist austerity drives to raise cash.