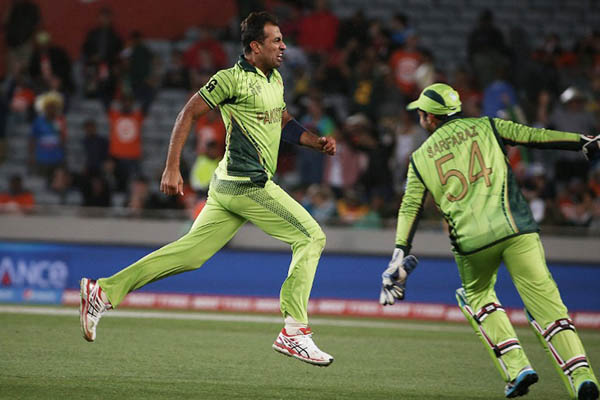 Proteas lost by 29 runs after Pakistan’s innings was twice interrupted by rain.

Pakistan clinched a thrilling 29-run victory over South Africa at the World Cup on Saturday to put themselves on course for the quarterfinals.

Chasing 232 to win under the Duckworth-Lewis method at Eden Park, Pakistan claimed a third successive victory by bowling out the highly-rated Proteas for 202 despite captain AB de Villiers’ valiant 77.

Pakistan’s innings, twice interrupted by rain before it was reduced to 47 overs, folded in 46.4 overs for 222 with skipper Misbah-ul-Haq scoring 56 and Sarfraz Ahmed making 49. Ahmed also caught six balls.