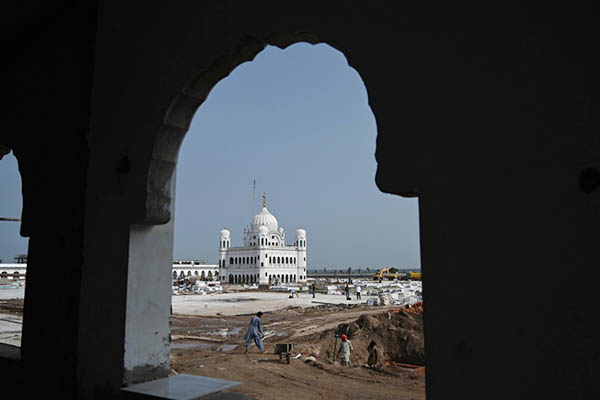 Foreign Office says Islamabad has reopened its side with COVID-related safety measures, but India has yet to do the same

Marking the first anniversary of the Kartarpur Corridor’s launch on Monday, Pakistan’s Foreign Office regretted that India had yet to reopen its side of the corridor following a “temporary closure” due to the COVID-19 pandemic.

“The Corridor, inaugurated on Nov. 9, 2019 by Prime Minister Imran Khan on the eve of the 550th Birth Anniversary of Baba Guru Nanak, fulfilled the long-awaited desire of Sikh community from all over the world,” read a statement. “Kartarpur has a special significance in the Sikh religion, as the first Guru of Sikhism, Baba Guru Nanak Sahib, had spent the last years of his life in Kartarpur,” it said.

Noting that the corridor had been “temporarily closed” on March 16 due to the health concerns arising from the COVID-19 pandemic, the statement said that Pakistan had reopened its side on June 29. “As the religious places started gradually opening up around the world, Pakistan also reopened the Corridor on June 29, 2020 with COVID-related necessary health safety protocols. India has yet to reopen the Corridor from its side and allow the Sikh pilgrims to visit Kartarpur Saheb,” it added.

“Kartarpur Corridor, also known as the ‘Peace Corridor’, is a true symbol of inter-faith harmony and religious unity. The Sikh as well as the international community, including U.N. Secretary General Antonio Guterres, who while visiting Kartarpur described it as ‘Corridor of Hope,’ immensely appreciated this landmark initiative of Pakistan,” read the statement.

In a statement issued on Nov. 6, the Indian Chargé d’Affaires had been summoned to the Ministry of Foreign Affairs to “reject baseless and fallacious propaganda against the Kartarpur Sahib Corridor by the Indian Government.” It said that the Pakistani Sikh Gurdwara Prabandhak Committee was responsible for carrying out rituals at the Gurdwara Sahiban, including Kartarpur, as per the Sikh Rehat Maryada. “The Project Management Unit, under the Evacuee Trust Property Board, had simply been created to facilitate the PSGPC in this regard,” it said, adding that Indian insinuations that the affairs had been transferred to the PMU were “contrary to the facts and ran against the spirit of the landmark initiative.”