‘Pakistan-born Refugees to be Granted Citizenship’ 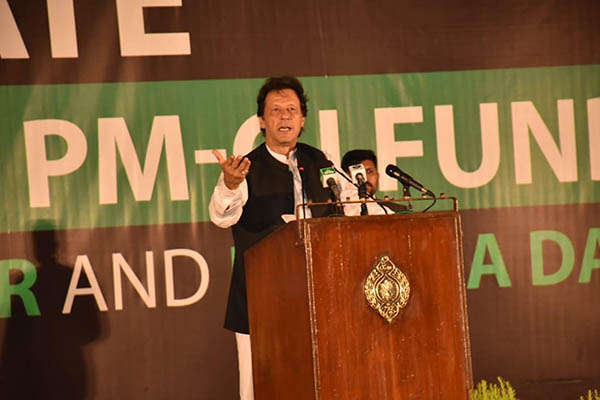 During a wide-ranging visit to Karachi on Sunday, Prime Minister Imran Khan urged the people of Pakistan to donate generously to a fund designated for the construction of dams in addition to pledging full citizenship for all Pakistan-born refugees originating from Afghanistan and Bangladesh.

During his maiden visit to the capital of Sindh province as prime minister, Khan reviewed the progress of several federal government funded projects and directed their speedy completion. He also expressed concern over street crimes in Pakistan’s largest city and gave the Sindh administration two months to clean it up and reduce the prevalence of unlicensed weaponry, warning it that Islamabad would be forced to step in if it could not deliver.

P.M. Khan said unemployment prompted criminal activity and his government would seek to rein it in by granting citizenship to Afghanistan- and Bangladesh-origin refugees. “When these refugees cannot get ID cards of passports, they are denied jobs,” he said, adding that this forced them into lives of crime.

Subsequently, Khan appealed to Pakistanis to continue making generous donations for the construction of Diamer-Bhasha and Mohmand dams, claiming his government wanted to complete their construction within its five-year term.

Addressing a fundraising event, he said the government lacked the financial resources to undertake the construction of infrastructure projects without donations from the public. He said dams were essential for the storage of water and irrigation, adding that if the entire nation did not unite now, future generations would suffer for their apathy.

Praising Chief Justice of Pakistan Saqib Nisar for launching the dam fund, Khan said the entire nation should unite to prevent water scarcity much like it had after the 2010 floods to ensure rehabilitation for the millions affected by the tragedy.