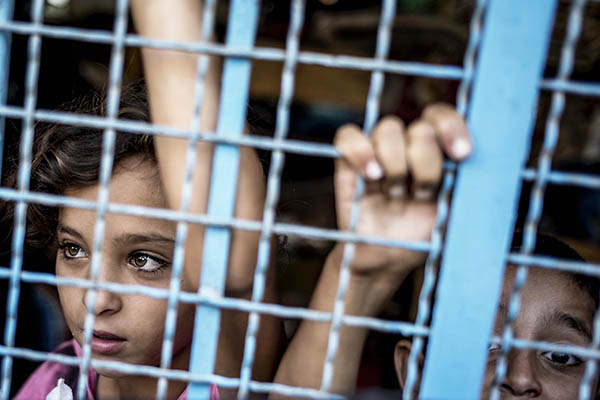 P.M. Sharif announces day of mourning on Friday to show solidarity with Palestinians.

Pakistan on Thursday called for an immediate end to the blockade of Gaza to allow humanitarian relief to reach Palestinians as the death toll in the besieged territory rose to more than 740.

The appeal came a day after Pakistan voted along with other U.N. Human Rights Council members to launch a probe into Israel’s offensive in the territory, with rights chief Navi Pillay saying the Jewish state’s military actions could amount to war crimes.

The 47-member council backed a Palestinian-drafted resolution by 29 votes, with Arab and fellow Muslim countries joined by China and Russia, plus Latin American and African nations. “The blockade of Gaza must be ended in order to allow access of any humanitarian assistance,” Pakistan’s most senior foreign office bureaucrat Aizaz Ahmad Chaudhry told a press briefing. “And that is why even in the U.N. Security Council and later in U.N. Human Rights Council we called for humanitarian pauses,” Chaudhry said. “Unless this blockade is lifted we cannot send any relief assistance,” he continued.

Some 746 Palestinians have been killed in Gaza since Israel launched a military operation to halt rocket fire from the besieged territory on July 8. Chaudhry said the Israeli military offensive had led to the killings in Gaza of “innocent non-combatant and unarmed Palestinians including women and children.”

“We have spoken clearly and unambiguously in the United Nations Security Council yesterday and call for an end to hostilities and to revive the peace talks,” he added.

He said Pakistan was also actively working with Muslim and like-minded countries to secure humanitarian access to those who are badly wounded and stranded in the shelters.

Meanwhile, Prime Minister Nawaz Sharif has announced Friday as a day of mourning to show solidarity with people of Gaza, his office said in a statement. “Moreover, the Prime Minister has ordered to contribute one million dollars in U.N. flash appeal for Gaza Palestinians,” it said.

The United Nations said on Wednesday that three quarters of those killed were civilians and one third of those were children—the equivalent of one child killed each hour over the previous two days.