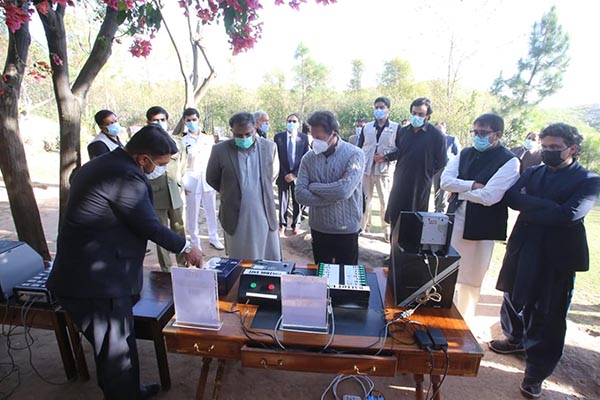 Prime Minister Imran Khan on Wednesday stressed that Pakistan cannot afford any faulty election system in the future, as allegations of rigging erode the public’s confidence in the democratic process.

“It is unfortunate that questions were raised over all elections held in the past in the country, which has not only harmed the election process but also shattered the confidence of the people,” he said at a meeting in Islamabad to review locally-manufactured electronic voting machines.

According to a statement issued by the Prime Minister’s Office, Science and Technology Minister Fawad Chaudhry shared with Khan samples of EVMs manufactured by the ministry in collaboration with COMSATS and the National Institute of Electronics. During a follow-up briefing, the prime minister was informed that testing of the EVMs had already commenced, and the results had been encouraging.

Chaudhry informed Khan that the machines would help the government conduct fair, free and transparent elections across Pakistan.

The prime minister, according to the statement, appreciated the Science and Technology ministry’s efforts and directed it to ensure the EVMs were equipped with the latest technology to ensure foolproof security features.

The incumbent government has repeatedly claimed that EVMs would ensure free and fair elections, and curb rigging allegations that have become commonplace after every poll. The Election Commission of Pakistan has also submitted a report on the viability of using EVMs in future polls, but Parliament has yet to make any final decision on their proposals.