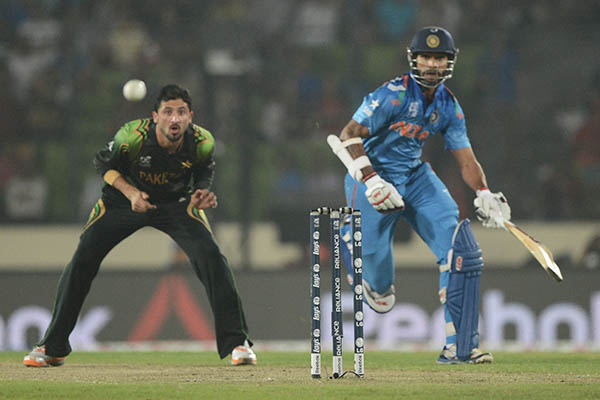 Pakistan on Thursday confirmed a “binding agreement” with India for six cricket series in the next eight years, the first of which will be played next year.

The Pakistan Cricket Board (PCB) said the series were agreed in principle in April, but these were turned into a binding agreement on the sidelines of an International Cricket Council (ICC) meeting in Melbourne on Thursday.

“India has officially turned into [a] binding agreement the Memorandum of Understanding signed earlier this year with regard to six rubbers between the two nations, four of these to be hosted by the PCB in the United Arab Emirates or Pakistan with mutual consent,” the PCB said in a statement.

India suspended all bilateral series with Pakistan in the wake of 2008 terrorist attacks on Mumbai, which New Delhi blamed on militants based across the border. The Pakistan team did tour India for a short limited over series in December 2012-January 2013 but a full series was not agreed by the Board of Control for Cricket in India (BCCI).

Pakistan has not hosted any international cricket since terrorist attacks on the Sri Lankan team bus in March 2009. When the series goes ahead it will mark the biggest success for Pakistan in recent years after a prolonged isolation at the international level due to security fears.

The cricket matches between Pakistan and India are widely seen as the most sought after in cricket globally, with billions watching them on television around the world.