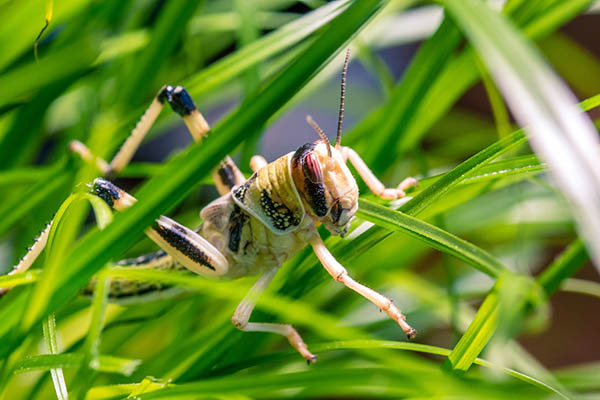 NDMA says 578,000 hectares have already been sprayed with pesticide

The National Disaster Management Authority (NDMA) on Thursday announced that it had sprayed pesticides to ward off desert locusts over 578,000 hectares of land across Pakistan, adding that the insect was still present in 50 districts of the country.

In a statement, the NDMA said that desert locusts were still present in 33 districts of Balochistan; 11 of Khyber-Pakhtunkhwa; and 6 of Sindh. In just 24 hours, it said, 353,000 hectares of area had been surveyed, and 11,300 hectares sprayed.

Also on Thursday, Minister for National Food Security and Research Fakhar Imam told the National Assembly that the pests—which had earlier entered Pakistan from the Middle East—were now entering it from Afghanistan and attacking agricultural fields in Khyber-Pakhtunkhwa.

He said the government was monitoring swarms of desert locusts entering Pakistan from four countries: Ethiopia, Somalia, Eritrea and Djibouti in the horn of Africa via Saudi Arabia, Yemen and Iran. He said new swarms of the insects would enter Balochistan from Iran over the next two weeks, adding the province was already the worst-hit with 33 districts under threat.

According to the minister, the federal government is coordinating with the U.N.’s Food and Agriculture Organization, which is also updating Pakistan on daily movement patterns of locust swarms.

In February, the Pakistan government declared a national emergency to protect crops and help farmers cope with the locust invasion. The pests have since invaded agricultural areas across the country, with farmers warning of food shortages in the months to come.