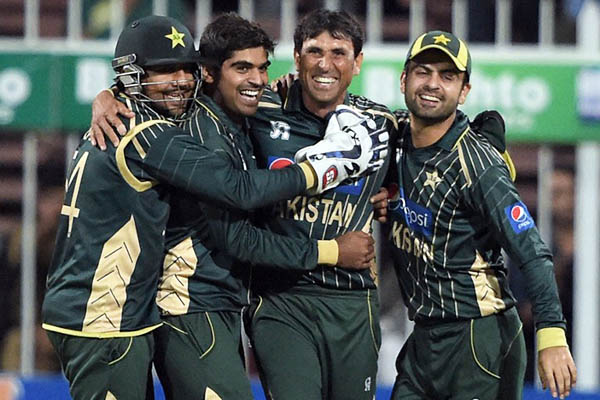 Opener Ahmed Shehzad scored a 100 and Shahid Afridi made 55 and took three wickets to lead Pakistan to a crushing 147-run win over New Zealand in the third one-day match in Sharjah on Sunday.

Shehzad’s 113 over 120 balls created the foundation of Pakistan’s biggest-ever total against New Zealand, 364-7, before they dismissed the Black Caps for 217 in 38.2 overs to go 2-1 up in the five-match series. Pakistan won the first game by three wickets in Dubai while New Zealand took the second by four wickets, also played in Sharjah.

The win was Pakistan’s second biggest win against New Zealand, just behind their 153-run win at Karachi in 2002. “It is our strength to play aggressive cricket,” said Afridi. “We played our type of cricket and took advantage of a good batting wicket. Ahmed [Shehzad] played a good knock and gave us an ideal start,” he added of man-of-the-match Shehzad.

“Pakistan batted outstandingly from start to finish and when we chased we were not at par,” said New Zealand captain Kane Williamson.

The 23-year-old Shehzad, who has scored hundreds in all three formats this year, built invaluable partnerships after giving Pakistan a brisk start of 63 with Mohammad Hafeez who made 33 over 26 balls with five fours and a six. Shehzad added another 70 for the second wicket with Younis Khan (35) and 77 for the third with Asad Shafiq (23).

His innings helped Pakistan overcome the loss of regular skipper Misbah-ul Haq, who has been ruled out of the series due to a hamstring injury sustained in the second match.

The fourth and fifth matches will be played in Abu Dhabi on Wednesday and Friday.