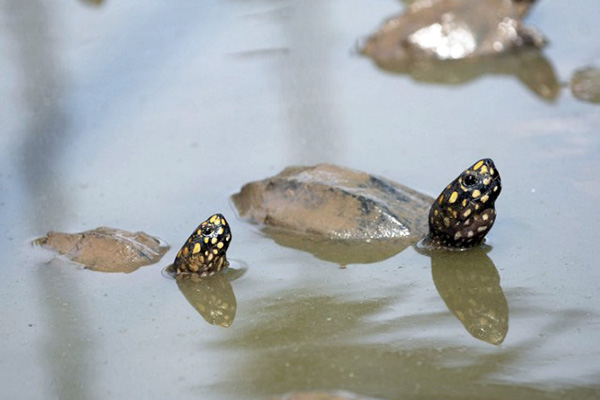 Hunting turtles to smuggle to clients in China and Thailand has become a major threat to the protected black spotted variety found in the Indus River in recent years.

“This is the biggest ever consignment of turtles seized in the history of the [Pakistani] customs,” said senior customs official Irfan Javed. He said the shipment of dried meat and other body parts harvested from 4,200 turtles was worth more than $6 million on the international market.

The consignment was confiscated last week after an official on duty ordered a search of a suspicious container at the port. A Pakistani firm registered in the city’s upmarket Defence area had arranged the consignment for a Chinese importer in Hong Kong.

A case under the criminal and wildlife laws has been registered and efforts to make arrests were under way, Javed said. Customs officials are working closely with the World Wildlife Fund on the case. Samples have been sent for further tests to ascertain the exact species of the turtles before they were sealed at the Customs confiscation facility.

Around 200 of the black spotted turtles, which are listed as vulnerable on the IUCN “red list” of endangered species, were smuggled from Pakistan to Taxkorgan in China’s Xinjiang autonomous region in June last year. Officials were able to retrieve those turtles and return them to their home in the Indus.