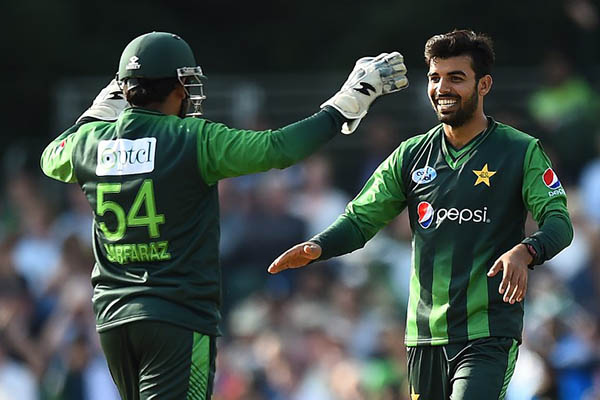 Pakistan halted Scotland’s giant-killing heroics with a 48-run victory over the minnows in a Twenty20 clash in Edinburgh on Tuesday.

Having taken out the world’s top one-day international side with a historic win over England on Sunday, the Scots were looking to complete a stunning double by toppling a Pakistan team rated as the top Twenty20 nation. But Grant Bradburn’s side were unable to emulate their epic success thanks to solid Pakistan display.

The hosts’ run chase went flat as Scotland finished on 156 for six in response to Pakistan’s 204 for four at the Grange.

Scotland had made a bright start, with Ali Evans dismissing Ahmed Shehzad (14) and Fakhar Zaman (21) before Richie Berrington removed Hussain Talat (18). But they could have done with debutant spinner Hamza Tahir was given a bruising introduction as he was smashed for 57 costly runs off his four overs.

Having set a steady rate in the early stages, Pakistan put their foot on the gas in the final five overs. Captain Sarfraz Ahmed led the way as he racked up an impressive unbeaten 89 from just 49 balls, with Shoaib Malik hitting 53 from 27 deliveries.

That left the Scots requiring a repeat of the big-hitting which saw them run up a tally of 371 for five against England. George Munsey and Kyle Coetzer made a decent start in reply, notching 50 runs from the first five overs. But the introduction of Hasan Ali to the Pakistan attack provided the injection of pace they were looking for and when he removed Munsey for 25, the Scots looked in trouble.

With Calum MacLeod, Sunday’s star of the show with his 140 not out knock, trapped lbw by Shadab Khan for just 12, the fight quickly drifted out of the hosts’ showing.

Scotland will have a second chance to shock Pakistan when the teams meet again on Wednesday.