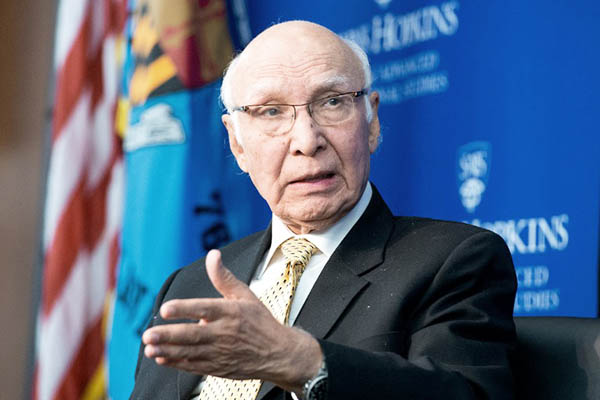 Pakistan on Thursday denied any plans to send weapons to Syrian rebels, amid reports that Saudi Arabia is holding talks with it about arming the insurgents.

The United States has long opposed arming the rebels with such weapons, fearing they might end up in the hands of extremists. But Syrian opposition figures say the failure of peace talks in Geneva seems to have led Washington to soften its opposition.

Sartaj Aziz, the prime minister’s adviser on foreign affairs, told reporters Pakistan has not considered such a proposal. “The reports about arms supply to Syria are totally baseless,” Aziz said.

Rebels have long sought anti-aircraft rockets to defend themselves against Syrian warplanes, which regularly bomb rebel-held areas with barrels loaded with TNT and other ordnance.

Foreign ministry spokeswoman Tasneem Aslam said at a regular briefing that Pakistan did not supply arms to “entities,” meaning rebel groups. “The policy guidelines for the sale of arms that we have are in line with the adherence to the purposes and principles of the U.N. charter,” she said. “We also have what is known as end users’ certificate which ensures that our weapons are not resold or provided to a third country.”

The nearly three-year conflict in Syria has torn the country apart, killing more than 140,000 people including some 50,000 civilians, according to the Britain-based Syrian Observatory for Human Rights.