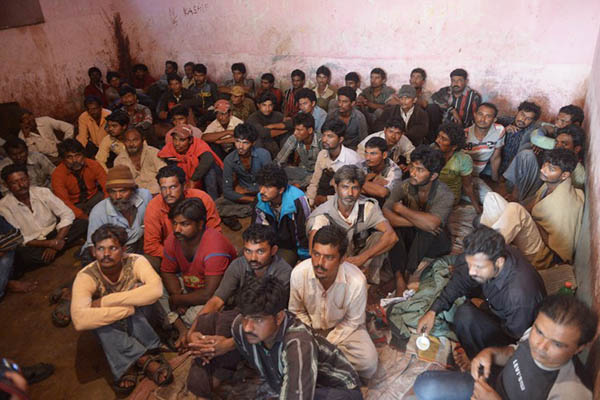 The fishermen strayed into Pakistani waters yesterday and Pakistan’s Maritime Security Agency (MSA) arrested them and handed over to the police. “MSA has handed over 61 Indian fishermen to us and 11 of their boats,” said senior police officer Sheeraz Nazir.

The fishermen were handed over to the police for further legal proceedings that generally mean months or even years in prison.

Such arrests are frequently carried out in both countries, as the maritime border in the Arabian Sea is poorly defined and many fishing boats lack the technology needed to be certain of their precise location. The fishermen often languish in jail even after serving their term, as poor diplomatic ties between the two neighbors mean fulfilling official requirements can take a long time.

Relations between Islamabad and New Delhi have taken a turn for the worse in recent months, with some of the worst shelling in years on the disputed border in Kashmir.