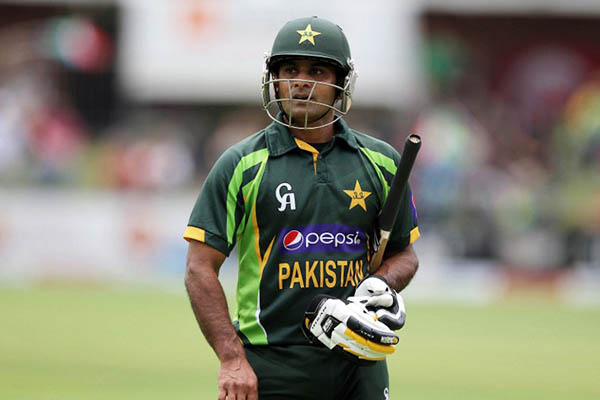 Pakistan left out experienced all-rounder Mohammad Hafeez and misfiring opener Kamran Akmal from the 16-man squad for the three-match Twenty20 series against a World XI next month.

The series, to be played in Lahore and given international status by the International Cricket Council, is seen as an attempt to revive international cricket in Pakistan.

Pakistan have not hosted international cricket—barring a short limited over series against Zimbabwe in 2015—since terrorists attacked a Sri Lankan team bus in Lahore in March 2009. The World XI will be led by South African skipper Faf du Plessis and will have 13 other players from seven Test playing countries. The three-match series will start from Sept. 12 with the remaining two matches scheduled to take place on Sept. 13 and Sept. 15.

Sarfraz Ahmed will lead the Pakistan side which also sees the recall of paceman Sohail Khan, all-rounder Aamer Yamin, and Umar Amin. Hafeez and Kamran were part of Pakistan’s squad for the tour of the West Indies in March this year but were unable to keep their spot due to lack of performances.

Also out from that squad are Sohail Tanveer and Wahab Riaz.

Chief selector Inzamam-ul-Haq believed the series will give youngsters a chance to mature. “The squad is a combination of the fine blend of youth and senior players. It would be good for the young players to get a chance to play on the home ground and perform in front of the local public,” said Haq.