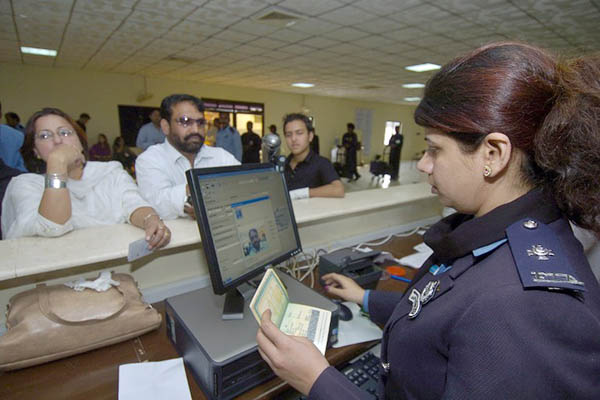 Interior minister Chaudhry Nisar Ali Khan on Monday ordered an immediate halt to issuing visas on arrival for foreigners to promote transparency and expedite the process.

Following a meeting with senior officials of the Ministry of Interior, Khan said the current government had done a lot of work in reforming immigration but admitted that a lot more work was needed to streamline the system. He urged ministry officials to update visa rules and introduce online visa systems to ensure transparency, minimize discretionary visa issuances and expedite the process for travelers. He told reporters visa on arrival facility would be reinstated in future, but on a reciprocal basis with countries that offered the same service to Pakistani passport holders.

Prior to the suspension of visa on arrival, businessmen from 67 countries were permitted to secure a 30-day travel permit. Similarly, nationals of five countries—Western Samoa, Trinidad & Tobago, Tonga, Nepal, and the Maldives—were permitted entry into Pakistan without requiring any visas. Currently, 17 countries offer Pakistanis visa on arrival, while six—Dominica, Haiti, Micronesia, St. Vincent and the Grenadines, Trinidad & Tobago, Vanuatu—do not require any visas.

Khan told the meeting that a central visa database was “essential,” as it would allow the Pakistani state to monitor the people traveling within Pakistan on any visa category. He was also informed that for the first time in Pakistan’s history, various foreign airlines had been fined a total of Rs. 94,000,000 for violating the country’s visa policy and directed to take any passengers without valid visas back to their point of embarkation.

During the meeting, the interior minister was also updated on the presence of blasphemous content on social media. He reiterated his resolve that any blasphemous or terror-related content was “intolerable” for the state of Pakistan. “Legal assistance of countries [from which such content originates] should be sought against those who are promoting or funding such activities,” he added.

Khan directed the FIA to continue working with the Pakistan Telecommunications Authority to remove or block any social media pages that glorify terrorism or terrorists, or could provoke religious unrest in Pakistan.