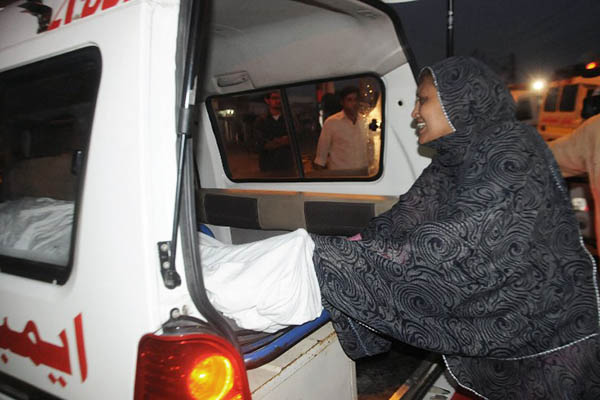 A total of 39 convicts have been hanged since the government relaxed a moratorium on capital punishment last year.

Pakistan on Tuesday hanged 12 convicted murderers from prisons across the country, the highest number in a single day after the government lifted a six-year-old moratorium on capital punishment, officials said.

Ten of the convicts were hanged in Punjab province, while two others were hanged in Karachi, according to prison officials who spoke on condition of anonymity. The latest hangings bring to 39 the number of convicts hanged since Pakistan resumed executions in December after Taliban militants gunned down 154 people, most of them children, at the Army Public School in Peshawar.

The partial lifting of the moratorium, which began in 2008, only applied to those convicted of terrorism offences, but was last week extended to all capital offences. Only one person was executed during the period of the moratorium—a soldier convicted by a court martial and sent to the gallows in 2012.

In Punjab, three murder convicts were executed from Jhang, two from Rawalpindi, one from Multan, two from Mianwali, one from Faisalabad, and one from Gujranwala. Two other planned executions for Tuesday have been stayed by courts due to compromises with the victims’ families.

Human rights group Amnesty International estimates that Pakistan has more than 8,000 prisoners on death row, most of whom have exhausted the appeals process. Supporters of the death penalty in Pakistan argue that it is the only effective way to deal with the scourge of militancy. But rights campaigners have been highly critical, citing problematic convictions in Pakistan’s criminal justice system which they say is replete with rampant police torture and unfair trials.

Pakistan’s courts are notoriously slow, heavily reliant on witness testimony over crime scene evidence, and provide little by the way of protection for judges or witnesses who are often intimidated or bribed into dropping their claims.

European Union diplomats have also raised the issue of capital punishment—and the case of one man who was condemned to death as a teenager in particular—in meetings with Pakistani officials focused on trade and human rights.