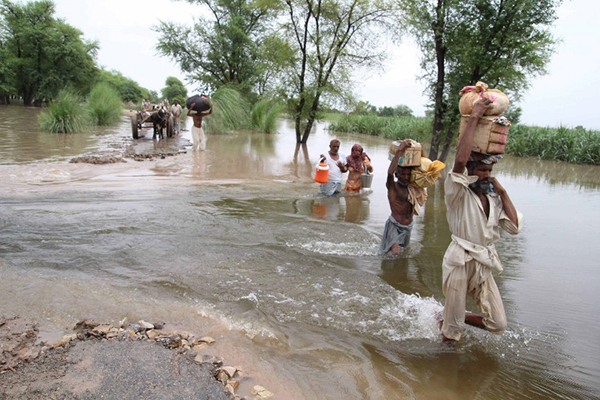 The NDMA has established 44 relief camps in flood-hit areas to accommodate affected people.

Pakistan has suffered from monsoon floods for the last three years and has been criticized for not doing more to mitigate dangers posed by seasonal rains washing away homes and farmland.

Streets in all major cities including Karachi, Lahore, and Islamabad suffer intermittent flooding due to downpours, damaging roads and private homes.

In 2010, the worst floods in the country’s history killed almost 1,800 people and affected 21 million.

what were the lessons learned from last floods. Pakistanis should not expect foreign aid and assistance if they cannot take preventive measures and find ways to help themselves.

Besides the generals, bureaucrats and politicians usurped most of the aid monies in 2010 and in disaster management authorities.