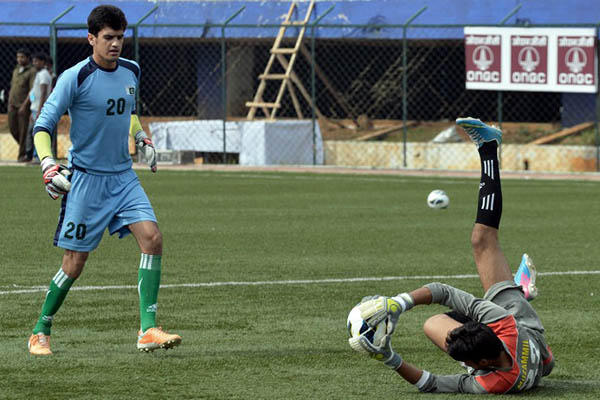 The Pakistan Football Federation was mired in turmoil on Thursday after a faction reportedly linked to the Pakistan Muslim League (Nawaz), which is currently in power, suspended its president.

A special Pakistan Football Federation (PFF) congress earlier this week suspended Faisal Saleh Hayat, the body’s president of 12 years, accusing him of corruption and mismanagement. The move was led by PFF officials, who said a new election for president would be held on June 30.

The officials are reported by local media to have links to the ruling PMLN, raising the prospect of a possible ban under FIFA rules against political interference in football. The upheaval follows huge controversy during elections for the Punjab Football Association in April, which led to the PFF banning 20 officials for forming a parallel provincial body to rival the official one.

Hayat, a member of FIFA’s Strategic Committee and a veteran politician in Pakistan, blasted the action of the parallel body, calling them a “mafia.”

“We reject the illegal interference in PFF’s business,” said Hayat. “This mafia is damaging Pakistani football, which is on a strong footing, and through their actions ultimately we could face a FIFA ban—but I will ensure such a situation does not happen.”

Pakistan was briefly banned by FIFA in 1994 over government interference. Hayat said the PMLN government had to accept defeat in their campaign to form their own Pakistan Olympic Association after intervention by the International Olympic Committee. “The government is still licking its wounds after having being forced to take a complete U-turn in its ill-conceived and unconstitutional attempt to install an illegal parallel POA. The same illegal attempt is now being made on the internationally-recognized PFF,” said Hayat.

Pakistan narrowly avoided an Olympic ban last year after a parallel Olympic Association was formed by a government-backed group, rejected by the IOC. But the parallel PFF group is refusing to back down.

“We have the backing of 18 of the 26 members of the PFF congress and with an acting president and secretary we will hold elections for PFF on June 30 in which Hayat can also contest,” said spokesman Khalid Mahmood. “During his 12-year tenure, football has suffered badly and huge funds have been wasted due to bad governance and corruption,” said Mahmood.

Pakistan were among the top Asian teams until the 1960s, before lack of facilities and government support saw them slide. They are now 170 in world rankings and 34th in Asia. The administration of virtually every sport in Pakistan has long been dogged by political interference, with plum jobs often handed out by politicians as rewards to loyal supporters.