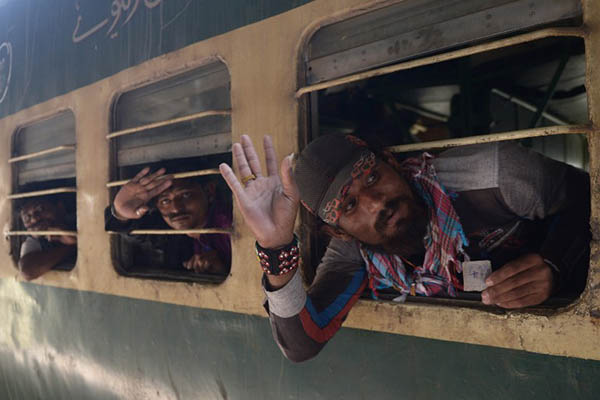 Prisoners released ahead of World Cup match between neighboring nations.

Pakistan on Sunday released 172 Indian fishermen who had been held for violating territorial waters in the Arabian Sea, officials said.

“As a goodwill gesture, we released 172 Indian fishermen today,” said Muhammad Hassan Sehto, superintendent of Malir district jail in Karachi, where the fishermen were held. The release coincided with a cricket blockbuster World Cup match between Pakistan and India in Adelaide, Australia.

Sehto said 349 Indian inmates were still in custody, however.

Such arrests are frequently carried out by both countries as the maritime border in the Arabian Sea is poorly defined, and many fishing boats lack the technology needed to be certain of their precise location. The fishermen often languish in jail even after serving their terms due to poor diplomatic ties between the neighboring nations.

Sehto said the freed fishermen would travel by train to Lahore, from where they will be handed over to Indian authorities at Wagah, the only active border crossing between the neighbors.

Another government official in Karachi confirmed the number and release of the fishermen. It was unclear how long they had been held prior to their release.