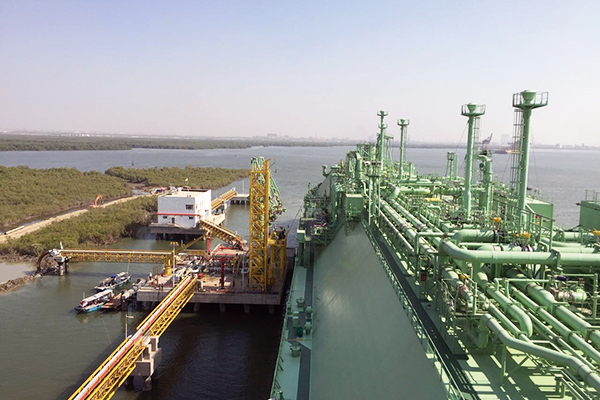 Recently inaugurated terminal had suspended ops for a few days

Pakistan’s second LNG import terminal, established by Pakistan GasPort Consortium Limited (PGPC) at Port Qasim, Karachi, shall start gas supplies to the national system by the evening of Dec. 8, the company said in a press release.

PGPC stated that operations at the recently inaugurated terminal had been suspended for a few days after a leak developed in an insulation joint connecting the PGPC system to the connecting pipeline infrastructure. The leak was promptly stopped, the joint has been replaced, and the system is being purged and repressurized. There are no faults with the jetty and marine works or the Floating Storage and Regasification Unit (FSRU) or the subsea section of the pipeline—and there has been no blast, as one report alleged.

The terminal represents an investment of about half a billion dollars by PGPC in the jetty and marine works, Norway’s BW Group in the brand new and state-of-the-art FSRU, and Fauji Oil Terminal & Distribution Company Limited (FOTCO) in the pipeline infrastructure from the jetty to the national gas grid. The terminal was inaugurated on Nov. 20 and received its first LNG cargo on Nov. 24.

Xinjiang Petroleum Engineering Construction Company Limited (XPE) led the Chinese consortium that built the terminal, the construction and commissioning of which have been supervised by independent international consultants to ensure quality of work and safe operations.