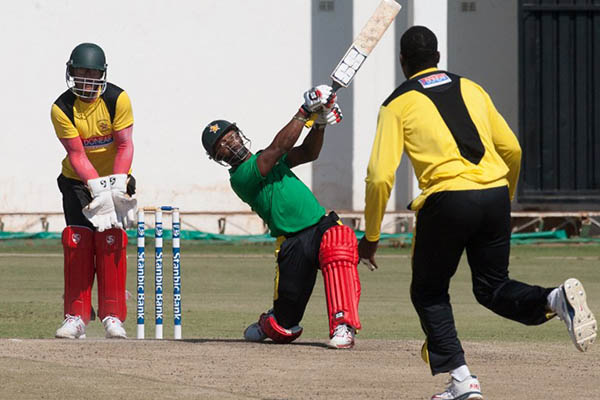 Zimbabwe players train at Harare Sports Club ahead of their tour to Pakistan. Jekesai Njikizana—AFP

Visiting side will play five matches against home team from May 22-31.

Pakistan’s cricket chief said on Friday Zimbabwe would be touring the country as scheduled after a major militant attack put the visit—the first by a Test playing nation in six years—in doubt.

Zimbabwe Cricket (ZC) released a statement on Thursday saying the tour would not go ahead due to the “security risk” in the wake of an attack on minority Shia Muslims in Karachi on Wednesday that left 45 dead. But a ZC spokesman issued an apology 20 minutes later, saying the abandonment was not confirmed.

On Friday, Pakistan Cricket Board (PCB) Chairman Shaharyar Khan said his Zimbabwean counterpart William Manase had told him via telephone that Zimbabwe was “still willing and ready to send their team to Pakistan.”

“This evening we were informed that Zimbabwe Cricket had decided to stick to its plans of sending their team to Pakistan,” Khan said in a statement. “We welcome this affirmative response,” he added, insisting that Zimbabwe’s national side would be provided with “the best possible security.”

Tickets for the matches would go on sale from Saturday, according to the PCB’s Chief Operating Officer Subhan Ahmed. “People are really eager to come and watch the revival of international cricket in Pakistan,” Ahmed said.

Zimbabwe are set to become the first Test team to tour Pakistan since militants attacked the Sri Lankan team bus in 2009, killing eight and injuring nine including six visiting cricketers. They are due to play two Twenty20 internationals on May 22 and 24, followed by three one-day internationals on May 26, 29 and 31—all in Lahore.

Test opposition has stayed away since the 2009 attack, forcing Pakistan to play their home matches mainly in the United Arab Emirates.