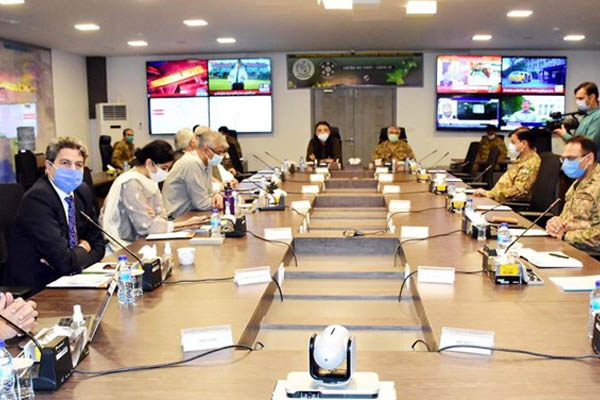 With confirmed cases of the novel coronavirus witnessing a dramatic surge in recent days—nearing 70,000—Pakistan’s National Command and Operation Center (NCOC) on Saturday issued recommendations for allowing wedding halls to be reopened with social distancing guidelines.

Weddings in Pakistan tend to be lavish affairs with hundreds if not thousands of guests, and previous attempts to curtail them—including by the Punjab government—have been met with resistance with people utilizing legal loopholes to continue their celebrations. It is unlikely that any SOPs issued by the government would be adhered to.

According to the statement, the NCOC also recommended that educational institutions remain closed until August “as the summer season and pandemic would be at peak in July.” This is another test for the incumbent Pakistan Tehreek-e-Insaf government, which has repeatedly caved to the demands of business interests and the religious right, as private schools and madrassas are now both demanding they be allowed to resume “business” alongside all the other sectors of the economy the government has allowed to reopen.

Chaired by Planning Minister Asad Umar, the NCOC sought feedback from the provinces on the “negative list” of sectors that should not be reopened amid spiking cases of COVID-19.

Umar directed the authorities concerned to calculate the economic impacts of COVID-19 in the first quarter of the current calendar year. The meeting was also informed that critical care resources would be increased to cope with surging cases of novel coronavirus.

Special Assistant to the P.M. on Health Dr. Zafar Mirza lamented that no punitive action was being taken against people who didn’t wear masks in public despite the government declaring them “mandatory.” In this regard, the forum “emphasized” the need to revise its communication strategy and improve the government’s messaging and public outreach on COVID-19.

Industries Minister Hammad Azhar recommended restaurants under the “negative list” either be completely shut, or only allowed to offer delivery and takeaway services.