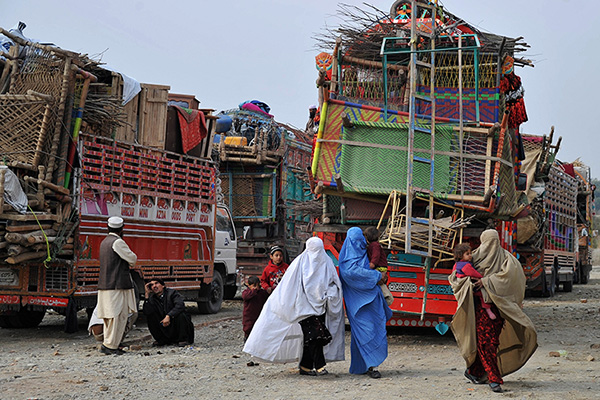 The governments of Pakistan and Afghanistan, and the U.N. refugee agency agreed on Friday to support Afghan refugees living in Pakistan whose proof of registration cards are due to expire on June 30.

During an “extraordinary consultations” meeting in Kabul, Pakistan States and Frontier Regions Minister Abdul Qadir Baloch assured the Afghan government of his country’s commitment to its traditional hospitality in the formulation of a new policy for Afghan refugees. He also conveyed proposals for an extension in the stay of refugees in Pakistan, currently pending before the federal cabinet.

The wide-ranging meeting, hosted by Afghan Minister for Refugees and Repatriation Dr. Jamaher Anwary, also discussed the voluntary repatriation and reintegration of Afghans.

All stakeholders agreed that the Pakistani government would direct its provincial governments to ensure no action is taken against Afghan refugees with expired registration cards until a formal policy has been announced. This is meant to ensure their protection and guarantee no gaps in their legal status.

Expressing his support for the voluntary repatriation of Afghans from Pakistan, Baloch said: “Being a responsible member of the international community, Pakistan will continue to adhere to international norms in addressing the issues of refugees.”

Maya Ameratunga, UNHCR’s officer-in-charge in Pakistan, said the international community would support the Pakistani government’s strategy. She also commended Islamabad for prioritizing a national repatriation policy and thanked the government for ensuring the registration status of the refugees would be extended after June and that refugees would remain protected.