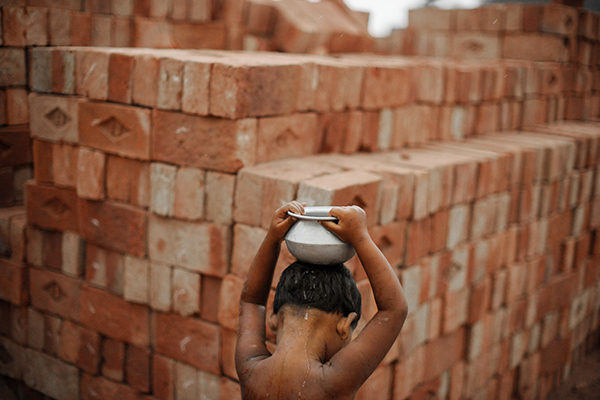 Pakistan has come in at No. 3 in the inaugural Global Slavery Index, published by the Walk Free Foundation on Thursday. The report estimates that some 30 million people around the world are living in modern-day slavery.

Pakistan is third on the list both in population-percentage terms (following Mauritania and Haiti) and in terms of actual numbers (following India and China). The report estimates the number of slaves in India at 13.95 million, in China at 2.95 million, and in Pakistan at 2.1 million.

“A lot of people are very surprised to hear that slavery still exists,” says the foundation’s chief executive, Nick Grono. “Modern slavery is a situation that reflects all of the characteristics of slavery of past centuries … People are controlled by violence, they are tricked or they are forced into jobs or situations where they are economically exploited, they live on no pay or base subsistence pay, and they’re not free to leave.”

The foundation’s definition of modern slavery includes slavery itself, plus slavery-like practices—such as debt bondage, forced marriage, and the sale or exploitation of children—human trafficking, and forced labor.

For the 162-country inaugural slavery index, the foundation pulled together field experts, data from outside sources, and their own analysis. “It is tough because slavery is a hidden crime, so it’s difficult to get data. It’s a bit like trying to measure domestic violence or drug trafficking,” says Grono. “We’re very conscious that it’s very hard to measure this.”

The countries with the highest prevalence of modern slavery are Mauritania, Haiti, Pakistan, India, Nepal, Moldova, Benin, Ivory Coast, Gambia, and Gabon. The index says that while India has by far the largest number of enslaved people, the problem is most prevalent in Mauritania, where 4 percent of the population is deemed to be held in slavery.

In India, “by far the largest proportion of this problem is the exploitation of Indian citizens within India itself, particularly through debt bondage and bonded labor,” the report says. The estimated 2.9 million people in modern slavery in China includes “the forced labor of men, women and children in many parts of the economy, including domestic servitude and forced begging, the sexual exploitation of women and children, and forced marriage.”

The report says both Moldova and the Ivory Coast are working hard to address the issue, but that efforts in Mauritania, Haiti, and Pakistan are “token at best and nonexistent at worst.”

The report estimates that 72 percent of people in modern slavery live in Asia. In population-percentage terms, Russia is ranked No. 49, the United States No. 134, France No. 139, and Britain No. 160.

The Walk Free Foundation hopes the annual index will help governments monitor and tackle the problem. “A lot of governments won’t like hearing what we have to say,” says Grono. “Those governments that want to engage with us, we will be very open to engaging and looking at ways in which we can better measure the issue of modern slavery.”

“Modern slavery is an issue that’s getting an awful lot of attention,” says Grono. “It’s illegal everywhere and it’s absolutely abhorrent. I think once we start pointing out the scale of the problem on a country by country basis, policymakers will react.”