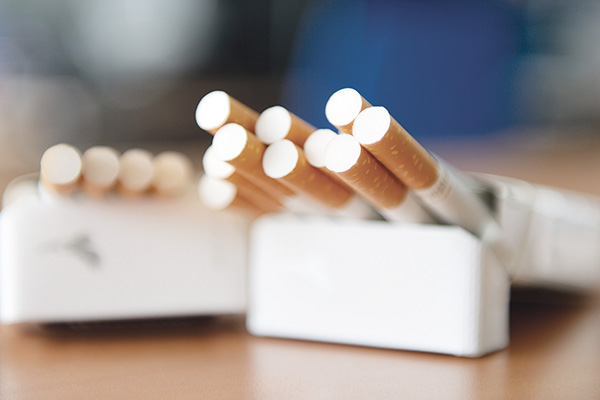 There are an estimated 20 million underage smokers across Pakistan, and it is estimated that around 1,200 children between the ages of 6 and 15 start smoking in the country daily, Dr. Nausheen Hamid, the parliamentary secretary for the Ministry of Health, said on Wednesday.

Addressing a seminar organized by the Society for Protection of Rights of the Child on ‘Need for Sustainable Tobacco Control Policies in Pakistan’ in Islamabad, she said that a 2017 World Health Organization (WHO) report had estimated that over 163,000 Pakistanis die from tobacco use annually. She said that smoking was a major cause of lung cancer, adding that it had been linked to around 80 percent of all deaths caused due to the disease.

“This health burden is particularly affecting the youth population,” she warned and noted that while Pakistan had a stringent tobacco control framework, there had been little progress in curbing smoking due to little or no enforcement of these policies.

Dr. Hamid said that unregistered and unregulated cigarette brands continued to be openly available at shops, noting that they were sold for less than Rs. 50/pack, making them affordable for both youth and low-income segments of society. This is despite a government rule barring the sale of a 20-cigarette pack for less than Rs. 62.76. She said marketing campaigns of cigarette brands were also used to attract a larger clientele despite government restrictions against this practice.

The parliamentary secretary alleged that the unregulated cigarette manufacturers had ties to senior politicians, which allowed them to escape any legal penalty. She said the unregulated manufacturers were also tax evaders, noting that 98 percent of the revenue was contributed by only two international tobacco firms with a 60 percent market share.

Dr. Hamid said that the only way to achieve a “smoke-free” country was strict enforcement of regulations.

Meanwhile, Malik Imran Ahmad, country head for the Campaign for Tobacco Free Kids, told the seminar that Pakistan’s tobacco control policy must go beyond just the impact on health to highlight its negative effects. He claimed that, on average, smokers in Pakistan spent 10 percent of their average monthly income on cigarettes. He warned that when people spend their income on tobacco products, they are left with less income for essential services such as child nutrition and education. Raising taxes on tobacco products is a proven policy to help reduce consumption per WHO recommendations, he added.