Pakistan Has Right to Decide Own Future: U.S. Envoy 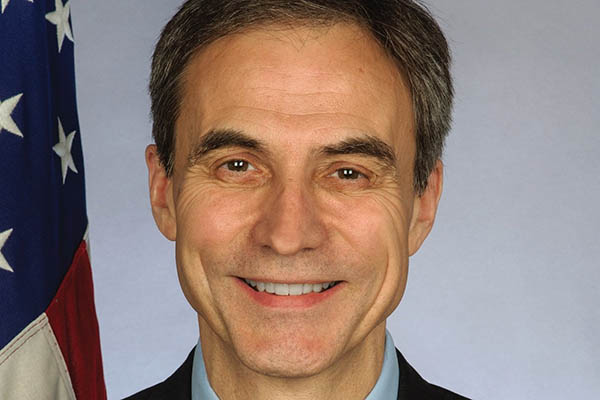 Pakistan has a sovereign right to decide its own future and a senior U.S. envoy’s comments about the China-Pakistan Economic Corridor were merely intended to generate debate, the U.S. Ambassador to Pakistan Paul W. Jones said on Monday.

“We do not expect everyone to agree with us or agree with every aspect of her speech,” Jones said during a visit to Lahore while referring to commentary from U.S. Principal Deputy Assistant Secretary of State for South and Central Asia Alice Wells. “Pakistanis should understand Alice Wells’ statement and this should be taken positively. Different aspects of this statement need to be understood,” he added.

The U.S. ambassador said development was critical for prosperity and all countries should encourage transparency and open discussion to ensure it does not disenfranchise anyone.

Wells had last week claimed the China-Pakistan Economic Corridor risked hurting Pakistan’s economy, as it relied on financing rather than aid. In addition, she said, the terms of the infrastructure projects guaranteed profits for Chinese state-owned enterprises but left local organizations with little.

Pakistan and China, however, both rejected her statement. Islamabad said the U.S. envoy’s speech was based on flawed analysis and incorrect assessment of the facts. Newly-inducted Planning Minister Asad Umar went so far as to say the CPEC project was a “blessing” for Pakistan.

Chinese Ambassador to Islamabad Yao Jing, meanwhile, said Pak-China relations were based on cooperation and were “mutually beneficial.” Slamming the U.S. commentary, Yao went on to question why Washington had not come to Pakistan’s aid in times of crisis as had Beijing. He said Beijing would never call in any debts if Islamabad was struggling economically, and took a pointed jab at the International Monetary Fund and its strict adherence to repayment of loans regardless of the ground realities.

Chinese Foreign Ministry spokesman Geng Shuang also slammed Wells’ statement as ‘malicious’ and ‘ill-intentioned,’ saying it was just the latest attempt by Washington to drive a wedge between Islamabad and Beijing.