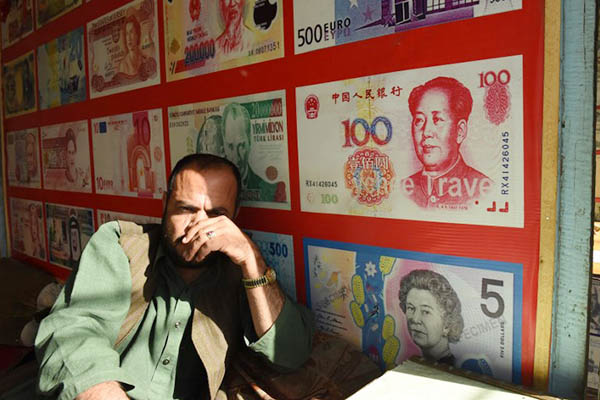 Latest Ipsos poll finds most Pakistanis have despondent view of the coming year, despite government claims of ‘economic revival’

An independent consumer confidence survey released this week has found that a majority of Pakistanis—79 percent—believe that the country is headed in the wrong direction, a worrying statistic for the incumbent Pakistan Tehreek-e-Insaf government that has yet to complete 2 years in power.

Ipsos, a global market research and consulting firm, announced the findings of its second Global Consumer Confidence Index (GCCI) survey, generally known as the National Index, which was conducted in December 2019. The wide-ranging survey polled Pakistanis about their confidence in the economy, their overall opinion of the country’s future, as well as their job prospects and purchasing power. A nationally representative sample of 2,900 people aged between 18 and 65 from both rural and urban areas was surveyed, with the results scored from 0-100.

Despite the incumbent government’s claims that Pakistan was on the right track, and would soon emerge from economic doldrums, citizens have found little to be optimistic about. About 79 percent respondents said they did not see any hope of their lives improving in the next six months, adding that they felt the country was heading in the wrong direction; only 21 percent said it was moving on the right path.

Meanwhile, 29 percent of the respondents said inflation was their biggest concern in the months to come, while 30 percent cited unemployment. According to Ipsos Pakistan Managing Director Abdul Sattar Babar, 31 percent of respondents had said they had either been laid off, or knew someone who had been terminated from their job, in the past year alone. Most felt the country’s worsening economic situation was to blame. About 83 percent of the survey respondents expressed concerns about their job security in the months to come.

Prime Minister Imran Khan’s repeated entreaties to the country that corruption is the biggest concern appear to be falling on deaf ears. Only 2 percent of respondents considered corruption, bribery and nepotism as a major concern; similarly 2 percent found decreasing freedom of speech and censorship a major issue.

The country’s much-lauded progress in the war on terror, meanwhile, is paying dividends. Only 4 percent of respondents considered terrorism a major issue. The power generation infrastructure set up by the previous government has also proven successful, with 2 percent finding load shedding a major issue.

When the survey asked the respondents whether they were satisfied or unsatisfied with the way things were going in Pakistan, only 4 percent said they were very satisfied, while 40 percent were very dissatisfied. When asked about current economic situation, only 3 percent found the situation very satisfactory but 40 percent were very dissatisfied. The lack of purchasing power was most reflected by 91 percent of respondents saying they were not comfortable about purchasing a car or home in December 2019.

The GCCI index is composed of four sub-indices—Current Conditions Index, Expectations Index, Investment Index and Jobs Index. The National Confidence Index was the lowest in Pakistan among the 28 nations surveyed.

Pakistan’s score on the Current Index, which compares the current economic situation to that of a year ago, slipped to a new low of 19.2.

The Expectations Index dropped to 43.6, suggesting low hopes for any improvement in the situation over the next six months. The Investment Index, meanwhile, dropped to 19.1, showcasing the ambivalent of the respondents to investing in the near future.

This is a true picture of Pakistan now a days,very commendable effort by conducting the survey.