Pakistan Hits Back at ‘Inappropriate’ U.S. Fears Over IMF Bailout 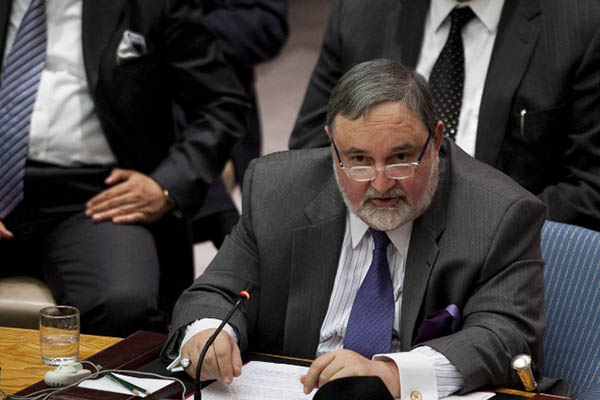 Pakistan hit back on Wednesday at U.S. fears that any International Monetary Fund (IMF) bailout its new government might have to seek would be used to repay Chinese loans, stating that it was “totally wrong” to link the two.

Abdullah Hussain Haroon, the caretaker foreign minister, said that a new government led by Imran Khan, who won the country’s general elections last week, would have to decide whether to approach the IMF amid fears of a balance of payments crisis.

However he also dismissed as “inappropriate” comments by U.S. Secretary of State Mike Pompeo earlier this week voicing concerns over any IMF bailout being used to repay Chinese loans to Islamabad.

Analysts have predicted that Pakistan, which is running down its foreign reserves and devaluing its currency in a bid to bridge a yawning trade deficit, will need to seek help urgently—either from a friendly country, or by going to the IMF for its second bailout in five years. The new government will have “limited time” to act, Fitch ratings agency said this month.

But on Monday Pompeo voiced concerns about any IMF bailout for Islamabad, telling U.S. television station CNBC: “There’s no rationale for IMF tax dollars—and associated with that, American dollars that are part of the IMF funding—for those to go to bail out Chinese bondholders or—or China itself.”

The U.S. is one of the Washington-based IMF’s largest donors.

The terms of the massive CPEC deals are shrouded in secrecy, raising concerns about Pakistan’s ability to repay Beijing’s investment.

Haroon said the new government would have to decide on whether to approach the IMF. Asad Umar, widely tipped to become Khan’s finance minister in a coalition government, tweeted on Tuesday that “no option including IMF is ruled out.”

But Haroon also hit back at Pompeo’s comments, saying: “It is totally wrong to link an IMF package with CPEC,” and that there was “absolutely no reason for anyone to intervene” in Pakistan’s relationship with China.

The finance ministry did not answer requests for comment by AFP.

Pakistan, which has historically relied on imports, has increased its procurement of materials to help build CPEC projects while also suffering from higher oil prices. Its meager exports such as textiles, meanwhile, have been hit as cheaper Chinese-produced goods flood the markets. Foreign remittances have not been enough to plug the gap.

Earlier this month China defended itself against suggestions CPEC was exacerbating Pakistan’s financial predicament, calling the idea “highly irresponsible” and insisting that its loans account for just 10 percent of Islamabad’s debt, which sits at roughly 70 percent of GDP. “Even if there is a so-called ‘debt trap,’ the initiator is not China,” its embassy said in a statement.