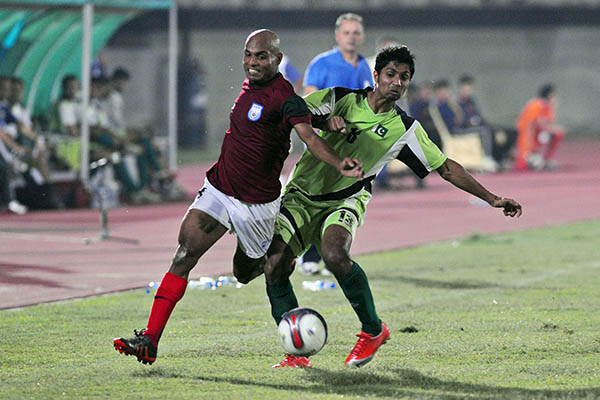 Billionaire Khan, born in Lahore, took over the English Premier League club in a deal struck on Friday. The 62-year-old vowed to build on the foundations left by previous owner Mohamed Al Fayed, and Pakistan Football Federation marketing director Sardar Naveed Haider urged him to look to Pakistan. “We are trying to make a contact with him to request him to come to Pakistan and see the burgeoning talent in the country and get them an opportunity to groom at the Fulham academy,” said Haider.

Pakistan were among the top Asian footballing nations until the 1970s, but lack of government support and the overwhelming popularity of cricket left the game in the doldrums. They now sit at a lowly 167th in FIFA rankings—languishing below Bermuda, Palestine, and the Solomon Islands—but Haider claims signs of improvement are visible.

“We definitely have talent at our disposal. Look at our structure in which our Under-14 and Under-16 teams are doing well,” he said. “We won the South Asian Under-16 title in Nepal in 2011 and will defend it later this month.”

British-born Pakistan international defender Zesh Rehman played for the Cottagers for several seasons, and Haider said there was more talent waiting to be unearthed. “If Khan can send his scouts to Pakistan who can have a look at our talent and provide them with a facility at Fulham it would be a great help and the boys are excited at the prospect,” said Haider.

Khan, who has U.S. citizenship and who already owns the NFL’s Jacksonville Jaguars, is ranked 179th in the Forbes 400 list of richest Americans, with an estimated worth of $2.5 billion. He made his fortune as a car parts manufacturer.

Haider said the fact Khan had taken over such a high-profile club would boost the game in Pakistan: “It is very exciting for the football fraternity here that a Pakistani now owns top EPL club Fulham and we wish that under his ownership Fulham becomes a successful team.”

The Trouble With E-Sports