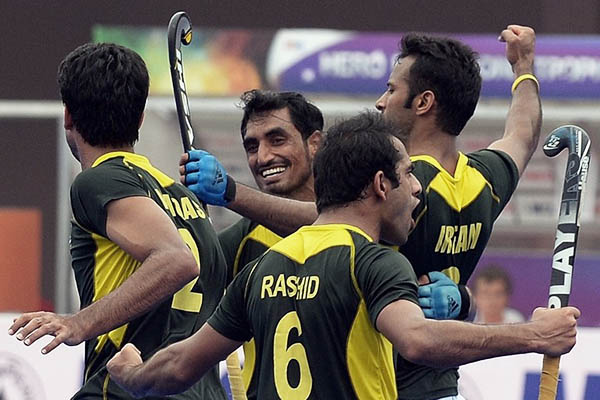 After failing to land place in World Cup for the first time since 1971, national team hopes to find victory in qualifiers.

Pakistan’s field hockey team set off for Belgium on Monday, hoping to secure a spot in next year’s Olympics and revive past glories.

The three-time Olympic and four-time world champions have suffered a phenomenal slump in the sport, missing out on last year’s World Cup for the first time since the event was introduced in 1971. Pakistan finished 12th and last—their worst showing—when they featured in the 2010 World Cup held in India, while they were seventh in the last Olympics in London in 2012.

Captain Mohammad Imran said the team were pinning great hopes on the World Hockey League second semi-final in Antwerp, Belgium, from June 20 to July 5. “We know that a lot depends on our performance in the Olympic qualifying rounds and we badly need a place in the Olympics,” he said on the team’s departure.

Pakistan has competed in all Olympic Games hockey competitions since its independence from India in 1947. Twelve teams will feature in next year’s Rio de Janeiro Olympics with hosts Brazil and five Continental champions (Asia, Americas, Europe, Africa and Oceania) given direct entries.

India have already secured an Olympic spot by winning last year’s Asian Games in South Korea but will still feature in the qualifying rounds to gain experience. The four other Continental champions will be decided later this year.

The remaining six places in the 2016 Olympics are filled through qualifying rounds, which include two World Hockey League semi-finals and the final.

Reigning Olympic champions Germany, Argentina and the Netherlands have already qualified for the final qualifying round—to be held in India in December this year.

In Belgium, Pakistan are placed in Pool A alongside Poland whom they will face on June 20, Australia (June 24), India (June 26) and France (June 28). Great Britain, Belgium, Malaysia, Ireland and China form Pool B.